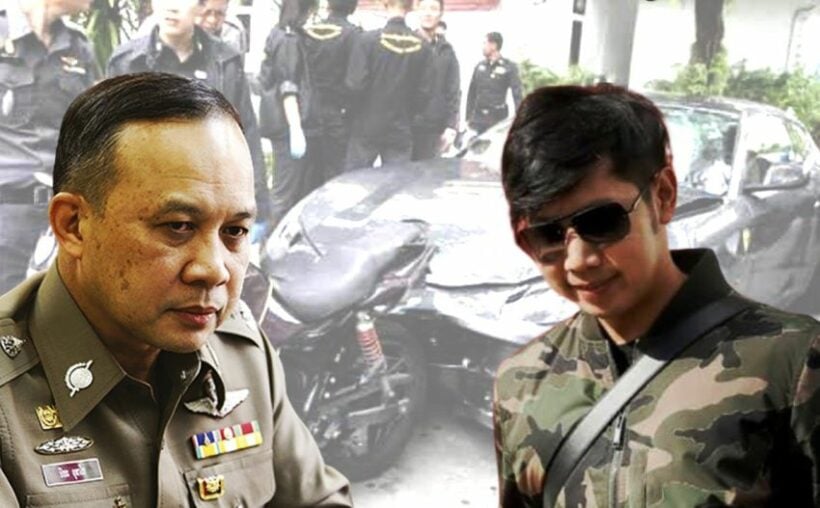 Justice Minister Somsak Thepsutin is vowing to protect all witnesses in the ongoing Vorayuth “Boss” Yoovidhya fatal hit-and-run case, whether government officers or members of the public. He says a witness protection programme is in place to provide protection to the key witness. His remarks come after the suspiciously timed death of another key witness late last month.

The witness, forensics police officer Thanasit Taengchan, examined the scene of the accident in 2012, and later changed his statement to revise the speed of Vorayuth’s Ferrari from 177kph to 79kph, just below the speed limit. The huge reduction was an important factor in prosecutors’ decision to drop charges against Red Bull heir Vorayuth. But earlier this month, Thanasit said he’d faced pressure from senior officers to change his estimate and later tried in vain to change his statement back to 177kph.

Sources in the Rights and Liberties Protection Department said it had periodically advised Thanasit about the conditions for witness protection. Thanasit told the department he had some concerns about who would be protecting him and also that he only wanted to be protected at certain times.

Concerns over his safety mounted after another key witness in the case, Jaruchart Mardthong, died in a motorbike accident in Chiang Mai province shortly after his evidence, in favour of Vorayuth, was publicised. Thechairman of an inquiry committee appointed by the PM on Wednesday expressed concern for Thanasit’s safety.

A Move Forward Party MP earlier said that, according to a House committee report, former national police chief Somyot Poompanmoung had introduced a university lecturer, who estimated Vorayuth’s speed at below 80kph, to Thanasit in February 2016. Somyot yesterday said he has nothing to do with the case, doesn’t know the lecturer and was in Switzerland on the day in question.

The internal police panel probing the alleged mishandling of the 2012 hit-and-run case, in which a senior officer died, wrapped up its investigation on Wednesday; 20 police were found to be negligent, some of whom had already retired.

The Public Prosecutor Commission this week decided not to create a panel to investigate Deputy Attorney-General Nate Naksuk over his decision to drop Vorayuth’s charge of reckless driving causing death. It said the proposed panel would only be duplicating another panel’s work.

Man treks up and down hill temple to steal donation box, finds out it’s empty