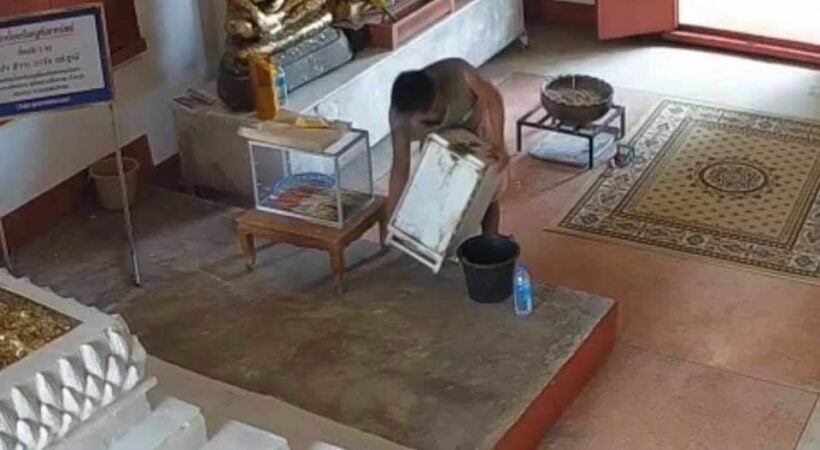 A man attempted to steal donations made to a Chonburi temple only to discover there was nothing inside. Not only that, roughly 500 steps lead up to the hill temple. He didn’t notice the box was empty until he was back down at the bottom.

After walking up hundreds of steep steps and walking down with a heavy box, the man was probably upset to see that the box was empty, the head monk at the Phra Buddhabat Temple told Pattaya News. The monk says the man is a local resident who has mental disabilities. The monk says he will not press charges.

“There was basically nothing in the donation box. We decided not to press charges as the box was essentially empty and hope that the man will instead learn from his mistakes.”

Posted by เพื่อนข่าวเรารักกันชลบุรี on Wednesday, August 19, 2020