The spokeswoman for leading Russian opposition figure and fierce Putin critic Alexei Navalny says he is unconscious in hospital, suffering from suspected poisoning. The outspoken anti-corruption campaigner fell ill during a flight and the plane made an emergency landing. Doctors say he’s in a coma and they’re trying to save his life. His team suspects something was put in his tea at an airport cafe. The Kremlin said that it wished Navalny a “speedy recovery”.

44 year old Navalny has been one of President Vladimir Putin’s staunchest critics for years. In June he described a vote on constitutional reforms as a “coup” and a “violation of the Constitution”. The reforms allow Putin to serve another terms in office, beyond the 4 terms he’s had already.

British Foreign Secretary Dominic Raab said he was “deeply concerned” by the reports Mr Navalny had been poisoned, and sent his thoughts to him and his family.

Kira Yarmysh, press secretary for the Anti-Corruption Foundation, which Navalny founded in 2011, tweeted:

“This morning Navalny was returning to Moscow from Tomsk. During the flight, he felt ill. The plane made an urgent landing in Omsk. Alexei has toxic poisoning. We suspect that Alexei was poisoned by something mixed into his tea. It was the only thing he drank since morning. Doctors are saying that the toxic agent absorbed faster through the hot liquid. Right now Alexei is unconscious.”

Yarmysh said later that Navalny was on a ventilator and in a coma, and that the hospital was now full of police officers. she added that his belongings were being confiscated. She also said that doctors were initially ready to share any information but they later claimed the toxicology tests had been “delayed” and were “clearly playing for time, and not saying what they know”. 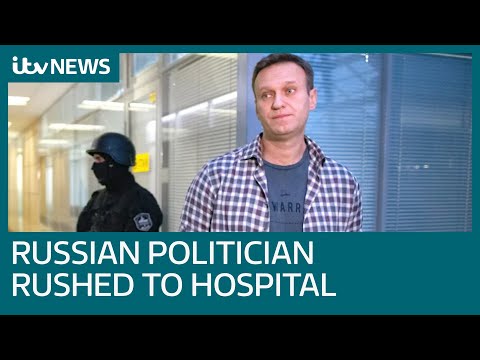 Police back decision to arrest protesters who break the law