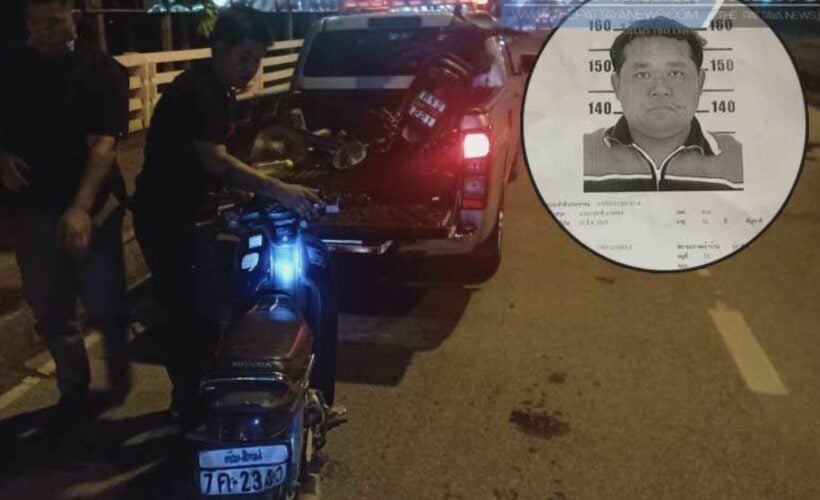 One of the key witnesses of the 2012 hit and run incident, involving Red Bull heir Vorayuth “Boss” Yoovidhya, died this morning as a result of a motorbike incident in Chiang Mai. He was one of two main witnesses identified by police in the case.

The incident happened this morning just after 2am in the main city area of Chiang Mai, involving 2 motorbikes. Both riders were injured in the collision, sustaining serious injuries. But 40 year old Jaruchart Martthong was later pronounced dead after being rushed to hospital.

Police claim that CCTV footage shows that Jaruchart tried to overtake a second motorbike, lost control and crashed. Alcohol was found in blood samples of both drivers, according to a police statement. The name of the other driver involved in the incident has not been released at this time.

Jaruchart Martthong was from Chiang Rai and identified by police as one of two key by-standers who witnessed the hit-and-run collision involving “Boss” Yoovidhya, grandson of Chalerm Yoovidhya, the co-founder of energy drink empire Red Bull.

47 year old policeman Wichian Klanprasert was riding his motorbike on September 3, 2012 in Thong Lor Bangkok, when the Ferrari, driven by Boss, collided into the back of his bike and dragged him around 100 metres along the road. Boss eventually admitted to be driving the car at the time after the Yoovidhya family’s chauffeur initially claimed he was driving the Ferrari.

Assisted by lawyers, Boss was able to miss 8 court appearances and then eventually fled the country in his family’s private jet, to Singapore, where the jet was abandoned and Boss disappeared from public view. Despite half-hearted legal attempts to locate Boss, even the issuance of an Interpol Red Notice, Boss has only been intercepted a few times by the media. He has never returned to Thailand.

Last week, it came to light that the Office of the Attorney General decided to drop the ‘reckless driving, causing death‘ charges in the case. One of the main reasons behind the charges being dropped was the alleged testimony of Jaruchart and a second major witness, who is still alive.

The man’s death comes in the middle of a reassessment by a team of prosecutors who have been reviewing the decision by the office of the Attorney General to drop charges against Boss. The committee said the findings of the review would be published by August 4. Jaruchart’s death could significantly impact the case at this time as his testimony will not be able to tested in court or questioned by investigators.

His testimony alleged that Boss was not speeding during the incident, contradicting the earlier forensic evidence and investigations at the scene of the accident.