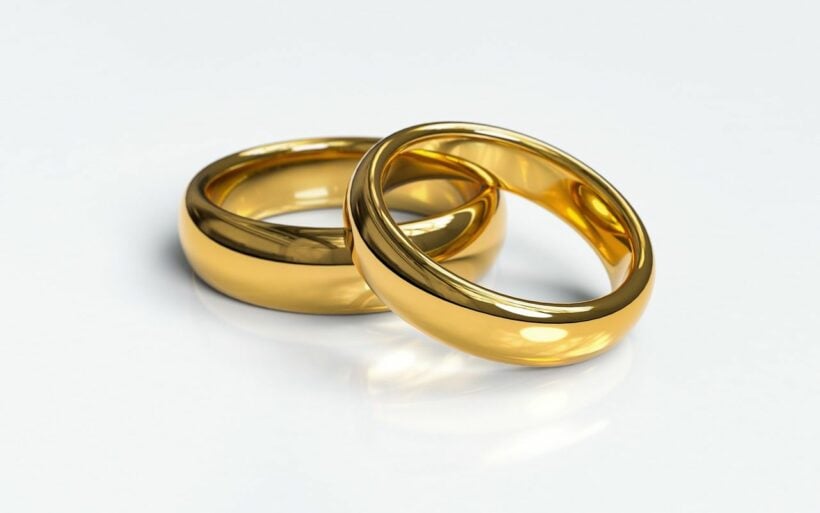 A Thai policeman is making headlines after getting a slap down from his own mother after he attempted to marry his mistress. The man went as far as scheduling a wedding, with monks present to bless the union, but his mom and real wife of 16 years, along with their kids, aged 5 and 15, crashed the party.

Nipapan Peuchpen, his legal wife, brought her marriage license to the nuptuals that took place in Chai Nat province, arguing that her husband had no right to marry another woman.

“This is our marriage license. I don’t know how they can go through with this.”

The policeman told his wife that the monks were already here, and that she wasn’t a guest and to go home. Then the man’s mother showed up and slapped him in the head. According to Khaosod English, the mother issued a statement to Amarin TV.

“I always taught him to not mess around with adultery. I warned him so many times. Now he has to reap what he sowed. At first, I understood that being adulterous to some extent was normal for men. But I didn’t think he would go this far.”

“I want this to be a lesson to all women! If you know a man already has a family, don’t be a homewrecker. I don’t understand why the bride got married to him, knowing that he was already married.”

Nipapan and her lawyer filed a legal complaint to the Chai Nai Juvenile and Family Court against the policeman’s girlfriend, asking for compensation for trying to marry her husband when he was already married.

Thailand has always been a culture where adultery has somewhat been tolerated, as many Thai men have lovers on the side, called a Mia Noi. But, legally, only 1 marriage can be registered at a time.