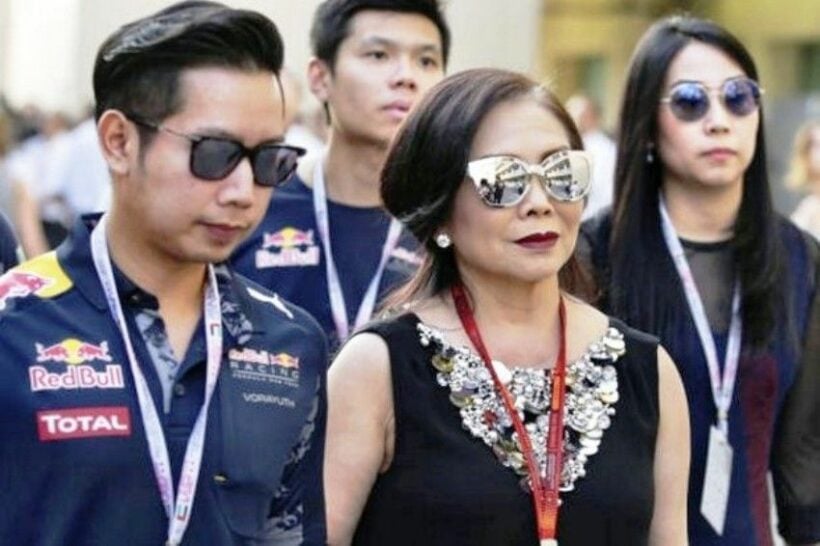 At the start of the new year, Red Bull heir Vorayuth “Boss” Yoovidhya will have 6 more years until he is free from being formerly charged over a hit and run case, involving the death of a police officer, that took place in 2012. The current statute of limitations for reckless driving causing death, one of the charges against Boss, that was reinstated in September, expires in 2027.

But hopes of such a charge sticking are currently low as such a charge was dropped by state prosecutors earlier this month, prompting even more public backlash against a system that seemingly lets some members of Thailand’s high society off the hook.

Boss postponed attending his court hearings when he was originally charged with speeding and failing to stop to help a crash victim. Then, he fled overseas on his family private jet, as prosecutors invoked local and international arrest warrants.

While overseas, however, all charges were dropped over the past 8 years, leaving him free from being extradited back to Thailand, and seemingly acquitted from the fatal accident he allegedly caused.

On July 24, a police panel looking into the case had no objection over the decision to drop the most recent and most serious charge of reckless driving causing death, in a move that was reported by CNN and Reuters first, and then picked up by local media outlets.

Public backlash over the attorney general office’s decision pressured Thailand’s PM Prayut Chan-o-cha to order a panel to probe the decision to drop the charge. But that probe only produced findings that indicated police submitted a flawed report of the original accident, which could not be used in court.

The deputy attorney-general, who signed off on the decision to drop the case against Boss, ended up resigning with the Public Prosecutor Commission deciding not to probe or question his move.

Then, in September of this year, citing new evidence, a prosecutor wanted to charge Boss again with reckless driving causing death plus cocaine consumption, but was shot down by public prosecutors who pointed towards police needing to find Boss, bring him back to Thailand and out him on trial.

The Red Bull family, the Yoovidyas, are worth billions of baht and are ranked among the 6 richest families in Asia. Boss has remained in international territory since he fled after the crash, with investigators recently claiming information about his whereabouts point to him residing in Dubai.

TCP Thailand (T.C. Pharmaceutical aka. T.C.Pharma), the company that owns Red Bull in Thailand, as well as other popular brands, released a statement in July this year in response to the announcement that Thailand’s Attorney General dropped charges against the 35 year old Red Bull heir.

The company took 3 days to respond to story of the dropping of charges after it became public on CNN.com. The family-owned business tried to distance themselves from the controversy.

“Boss” was accused of driving his black Ferrari when it slammed into the back of a patrol policeman’s motorcycle “at high speed” on September 3, 2012, dragging his body along Sukhumvit Road before speeding away. The dead policeman was Pol Sgt Maj Wichian Klanprasert, 47 at the time and based at the Thong Lor police station.

The slogan for TCP Thailand is “Winning, Power, Momentum”. The entire board is made up of the Yoovidhya family. They own the brands Ready and Warrior energy drinks, Sponsor electrolyte beverages, Mansome drinks and sodas, Puriku tea, Hi Vitamin C drinks, and Sunsnack sunflower seeds.

Boss’ father, Chalerm Yoovidhya, also owns Siam Winery, which includes Spy Wine Cooler, Monsoon Valley, World of Wines distributor, and Moose Cider.  The company came under pressure from social media when Thais called on people to boycott the Yoovidhya family and the products produced by their companies, including Red Bull.