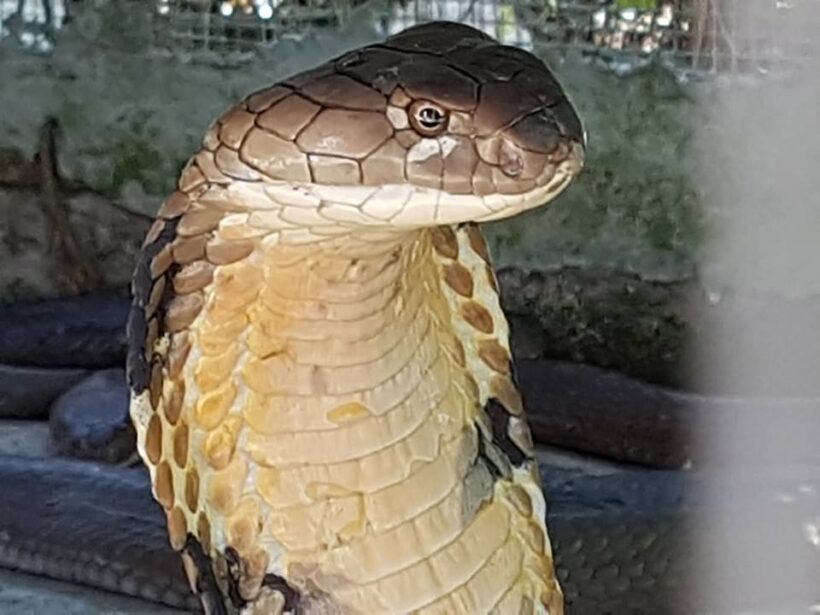 An injured three metre king cobra has been caught in Krabi today, the fourth king cobra caught in the past month in Krabi.

Krabi Pitak Pracha rescue workers were notified that a snake was hiding inside a house in Krabi City.

A rescue worker used a snake snare to catch the 3 metre reptile.

The owner of the house says there are some chickens and birds at the house. The king cobra might have been looking for some food to eat as the weather is getting dry. Rescue workers have taken the snake for treatment before being released to the wild.

A five metre king cobra was caught inside a restaurant in Krabi by plucky rescue workers last week.

Read more about that giant beastie and watch the video HERE. 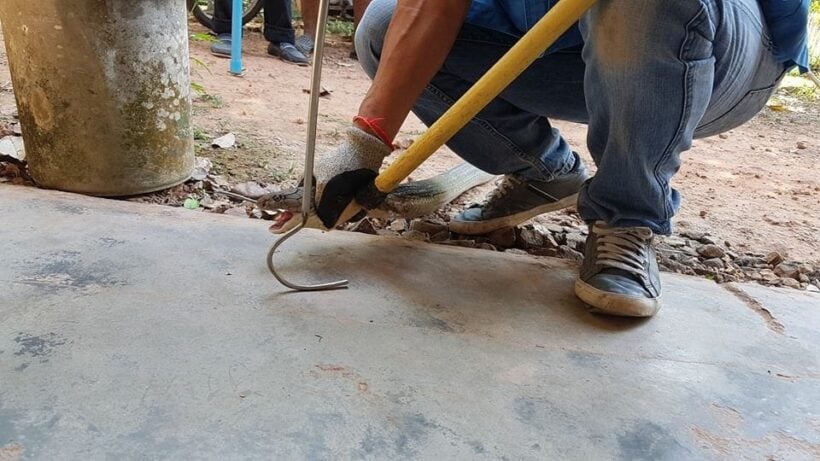 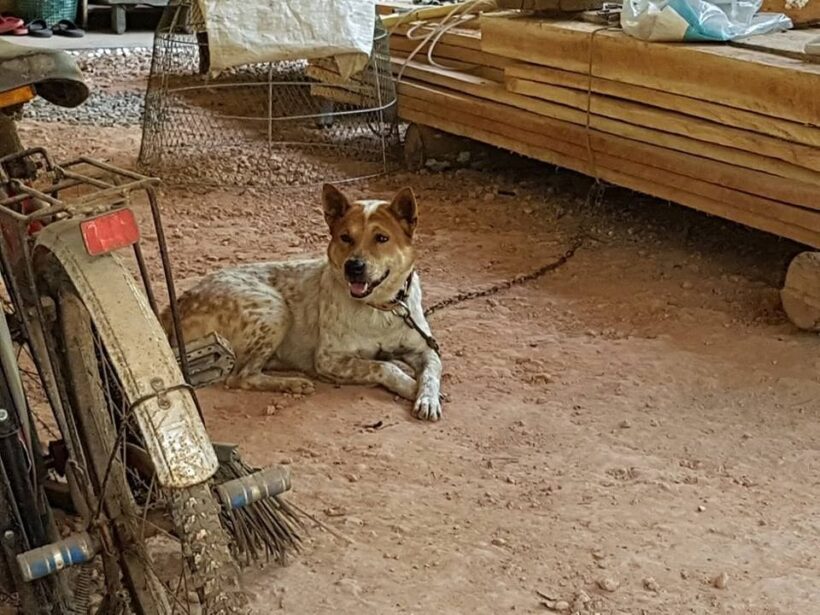 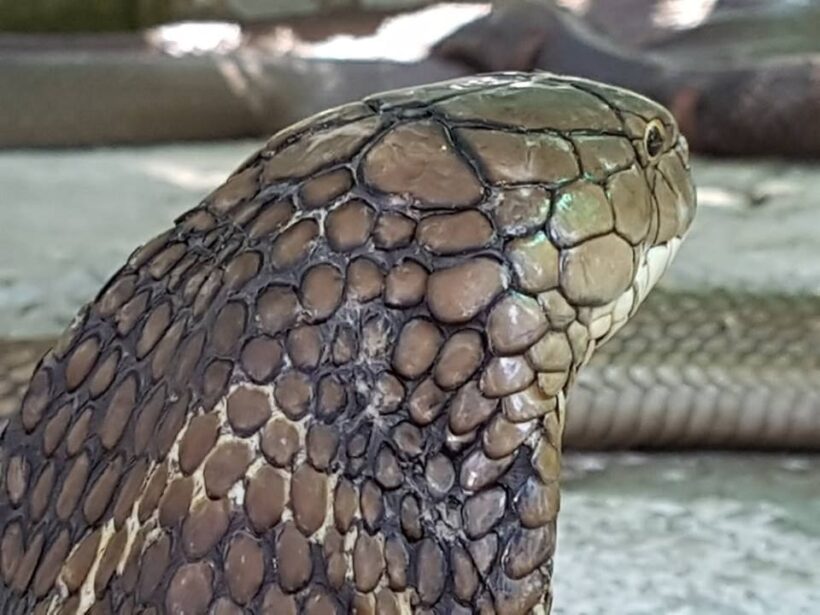 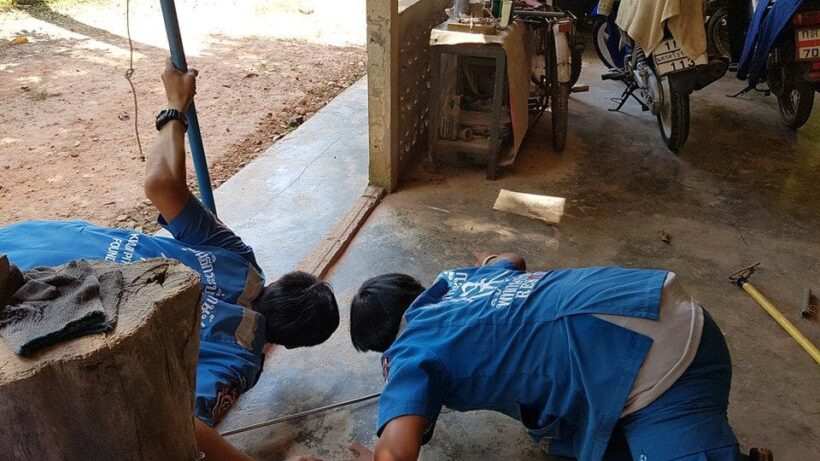 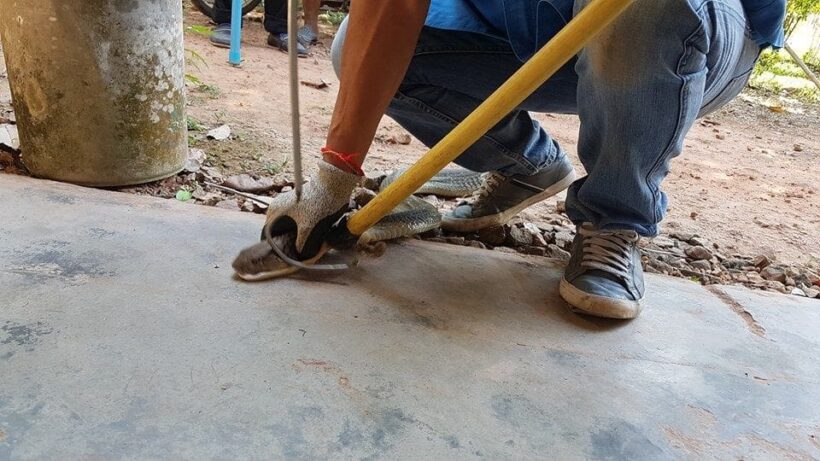 British man arrested for overstays, investigations into his selling of tours continues