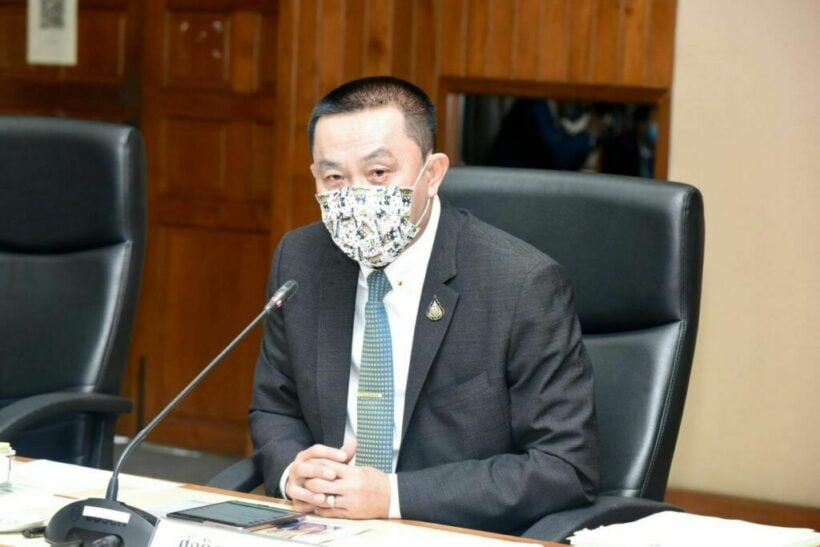 Photo by Ministry of Transport

Thailand’s Transport Minister has tested positive for Covid-19. Minister Saksayam Chidchob checked in at a hospital this morning with a high fever, according to Public Health Minister Anutin Charnvirakul.

Some have been skeptical about Saksayam’s whereabouts, but the minister has insisted that he did not go to bars or entertainment venues in Thong Lor, according to Thai media.

Reports say that the minister is now being treated at a hospital and has symptoms of a high fever. Saksayam had also received his first dose of the Covid-19 vaccine last month and was due to get the second dose today.

After learning of his team member’s Covid-19 infection, Saksayam said he would self-isolate for the next 14 days.

In a separate case, another Cabinet minister decided to self-isolate after coming in contact with a Covid-19 patient. Newly-appointed Education Minister Treenuch Thienthong is self-isolating at her home in the eastern province Sa Kaew after a visitor came by her home and later tested positive for Covid-19.