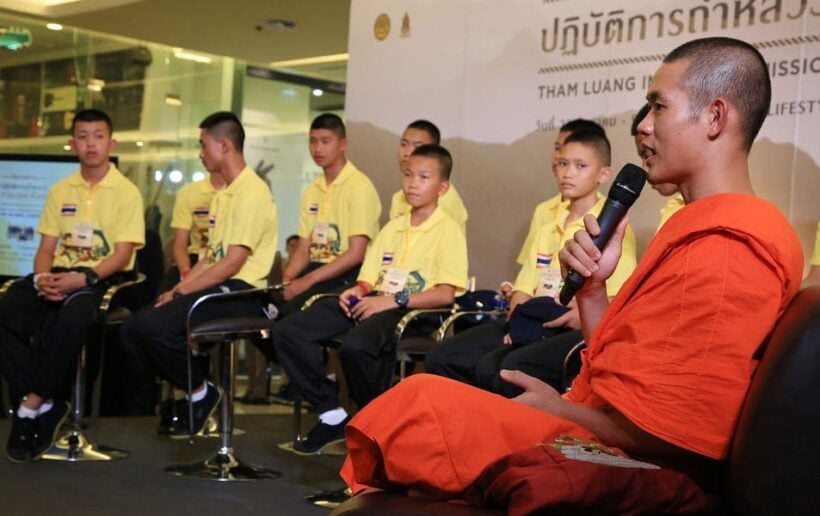 The 12 Mu Pa rescued footballers and their 25 year old assistant coach have revealed their dream of leading Thailand’s national football team to the World Cup finals.

The boys, aged between 11 and 16 (Ekkapon is 25), also expressed their gratitude to His Majesty the King and everybody else who contributed to their rescue. They were speaking at a Culture Ministry-hosted press conference in Bangkok’s Siam Paragon mall yesterday (Thursday).

The boys admitted that though they were recognised more frequently – Doungphetch Phromthep already has 300,000 Instagram followers – their lives remained pretty much the same as before they entered the cave on June 25. They say they were now working on gaining physical strength by running, going on bicycle rides, and playing football of course.

They also recounted their nine days as novices in a local temple, saying meditation and Dharma lessons have helped them stay calm, confident and in touch with reality.

The boys and thousands of people involved in the search-and-rescue operation were in town to attend the “United as One” celebration hosted by the government last night. The event, held in the Royal Plaza, was attended by close to 10,000 people, including some 6,000 invitees such as the Australian rescue team led by anaesthetist Dr Richard Harris, more than 3,000 Chiang Rai residents and some 10 rock climbers from Krabi’s Railay Bay.

Meanwhile, an interactive exhibition “Tham Luang Incredible Mission: The Global Agenda” will continue at Siam Paragon until this Sunday, after which the show goes on tour across the country. 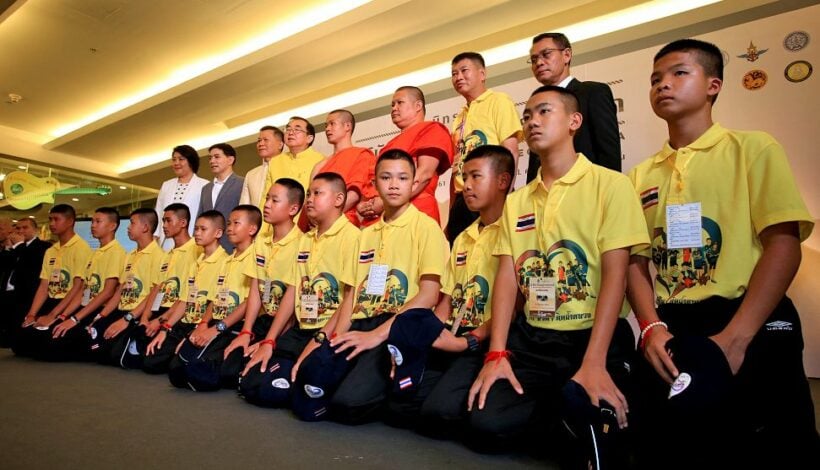