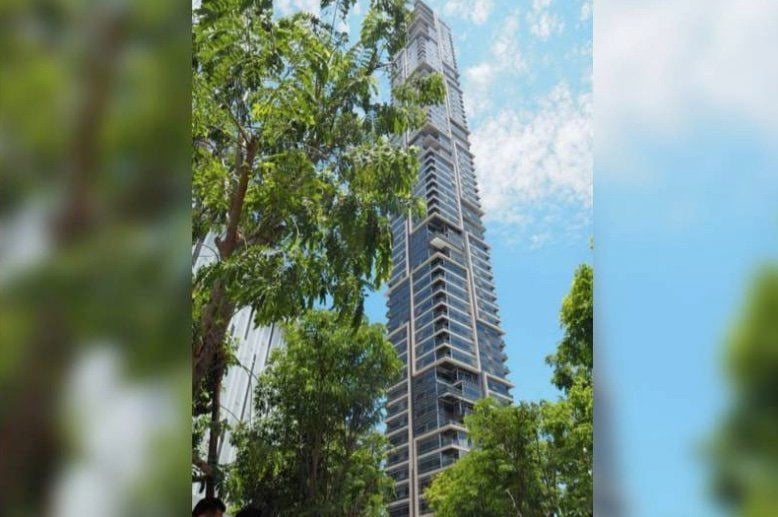 The district chief in Bangkok’s swish Sathorn district has been forced to come out publicly declaring a luxury 72 story condominium development under construction in her area was neither cracked nor leaning. The false claims were made in social media after a minor fire in the building’s basement.

Daily News reports that Chuleeporn Wongphiphat responded to online comments about the Chao Phraya Estate development behind a local school.

Chuleeporn says her department’s engineers confirm there was no structural damage.

“A small fire in cardboard boxes was limited to a two metre square area and was soon put out by an extinguisher.”

“Workers completing finishing details ahead of the building’s official opening were evacuated as a precaution and this might have led to the rumors,” she said.

She asked people online to stop spreading false information about the development that was creating unnecessary alarm.

Chao Phraya Estate will have 366 units.

Bangkok resplendent in yellow for this weekend’s Royal Coronation