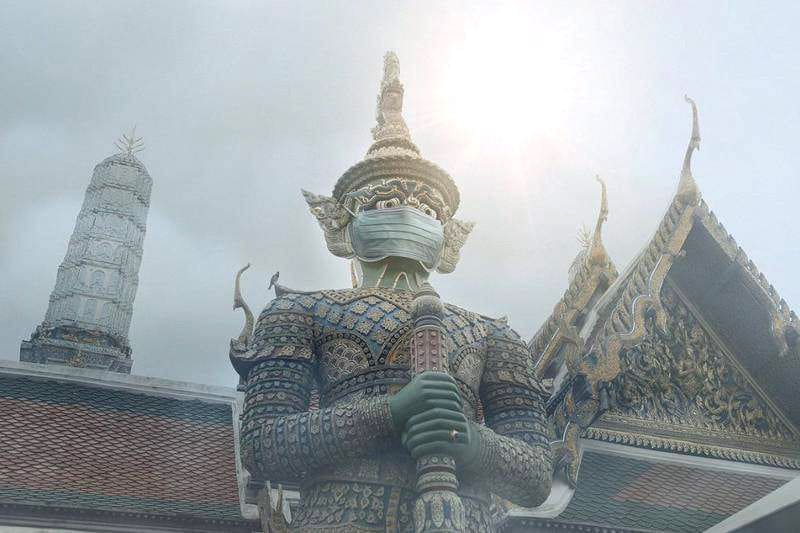 But the retouched photos were done so skilfully it almost resulted in him facing a criminal charge. He was merely using the retouched pics to make a point about Bangkok’s recent air pollution woes.

The artwork has received criticism on Thai social media and even the temple officials initially thought the images had been made by someone scaling the conserved statues for a photo shoot without permission.

But Chub explained that the images had been digitally doctored in order to raise Thai public awareness about air pollution in Greater Bangkok and apologised to the temple’s monks, the drama ended, much to the relief of all concerned.

Chub is the founder of Chubcheevit studio and a two-time Cannes Lions award-winning photographer.

Bangkok Yai precinct superintendent Pol Colonel Jarupat Thongkomol confirmed that the case had been closed following the photographer’s explanation and apology to the temple, and the photographer was deemed to have had neither the intention to insult nor cause damage.

A Facebook post by Chub confirmed that he was not facing any prosecution, as the case against him stemmed from a misunderstanding, which he had already clarified to Wat Arun monks and the police.

The photographer also quoted one monk as saying in their recent meeting that the monks thought the temple security guards had allowed others to put the face masks on statues for his photo shoot. 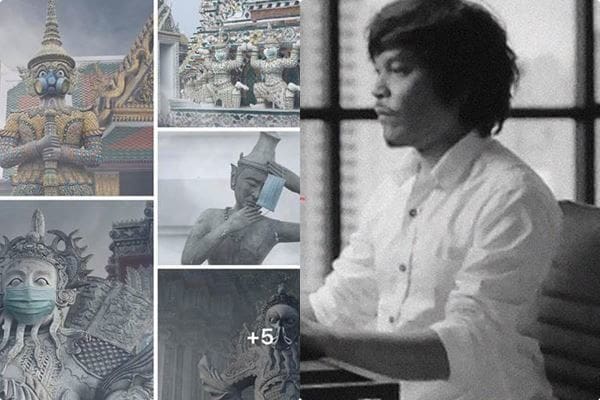 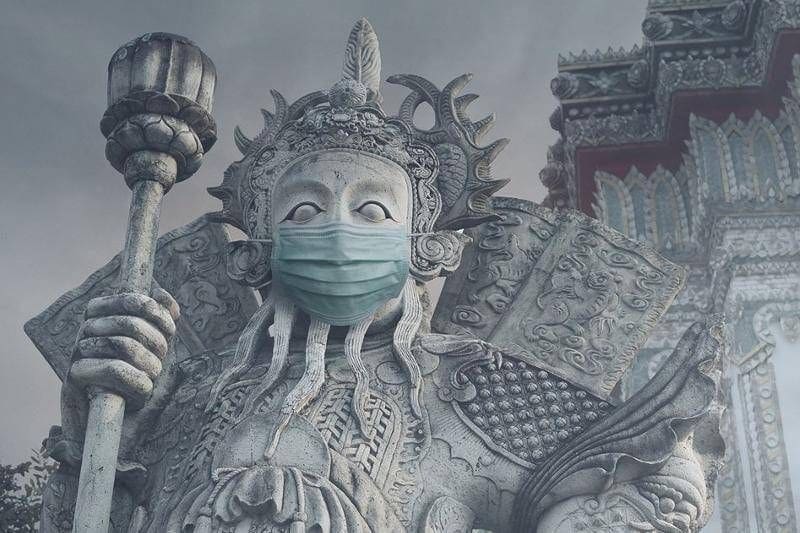 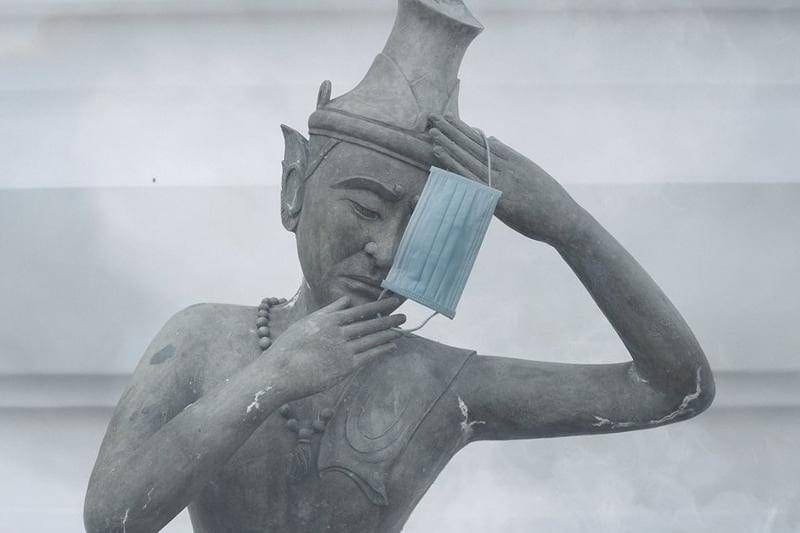 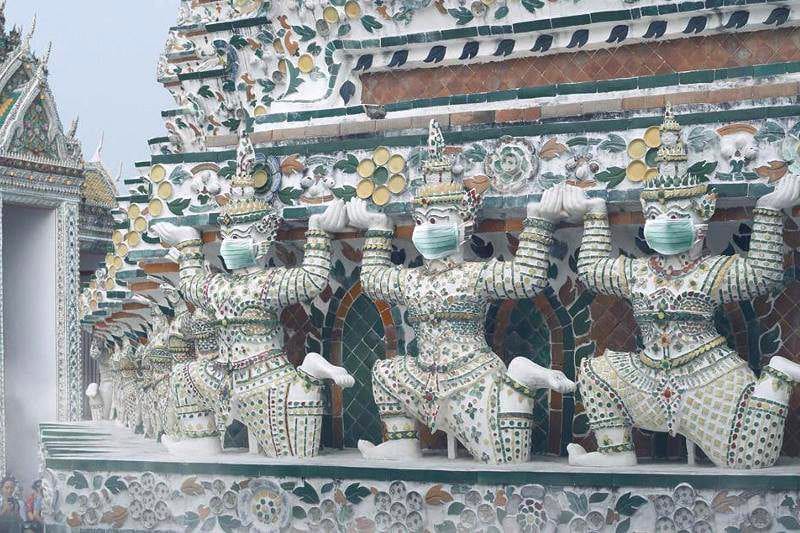 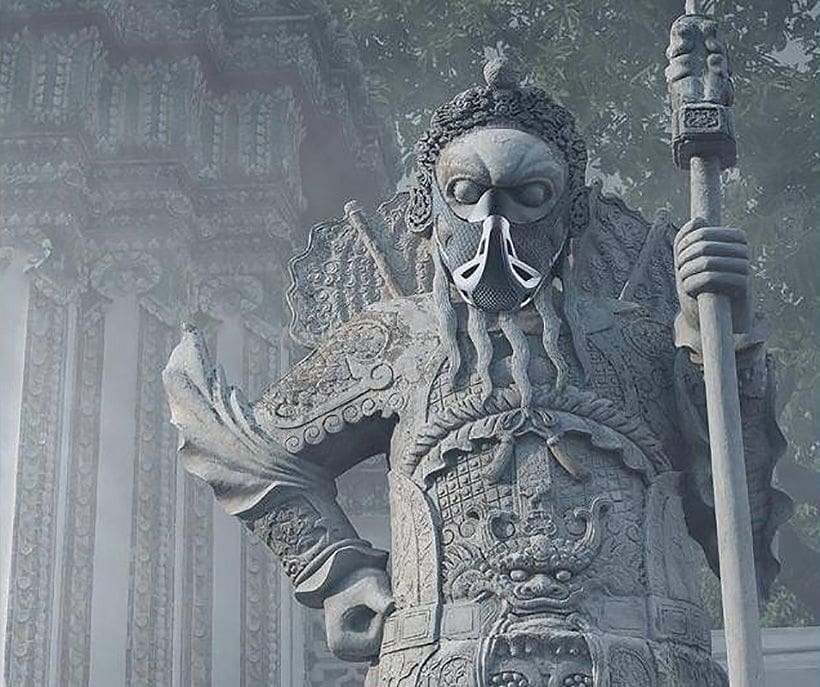 Smoking rooms, and smokers, being kicked out of Thai airports