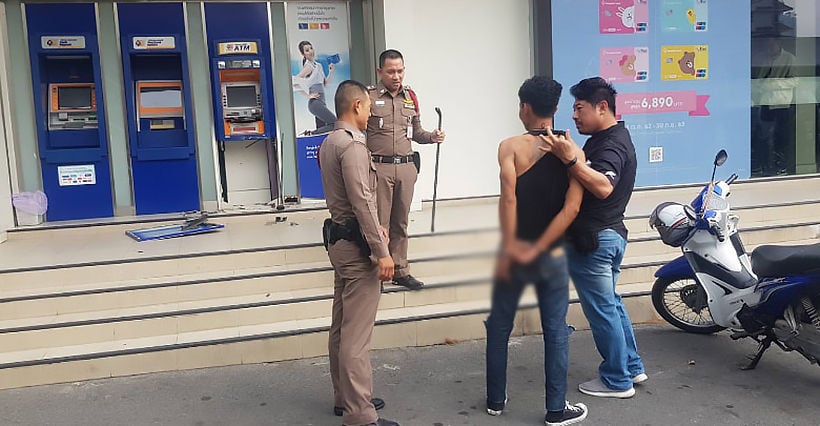 Breaking into an ATM in broad daylight might not be the best idea, as a Burmese man learned yesterday after his arrest Monday in Bangkok. Officers from the Klong Tan Police Station were called and went to the location to discover the man wearing a black tank top and jeans holding a crowbar, which he was using to tear apart a Bangkok Bank ATM in front of a Maxvalu store in Sukhumvit 71.

The arrest is largely thanks to alert citizens and the bank security guard, who grabbed the man and held him until police arrived. The machine was damaged, mostly at the keypad, which the man tried to to pry open. Needless to say he was unsuccessful and all cash was safe and left untouched inside the machine.

Police identified the suspect as 33 year old Chawang-knang from Myanmar. He had no ID with him at the time of the arrest.

The suspect admitted trying to break into the ATMs because he needed money. A urine test at the police station revealed traces of drugs in his system. Police are gathering evidence and the man will be prosecuted.