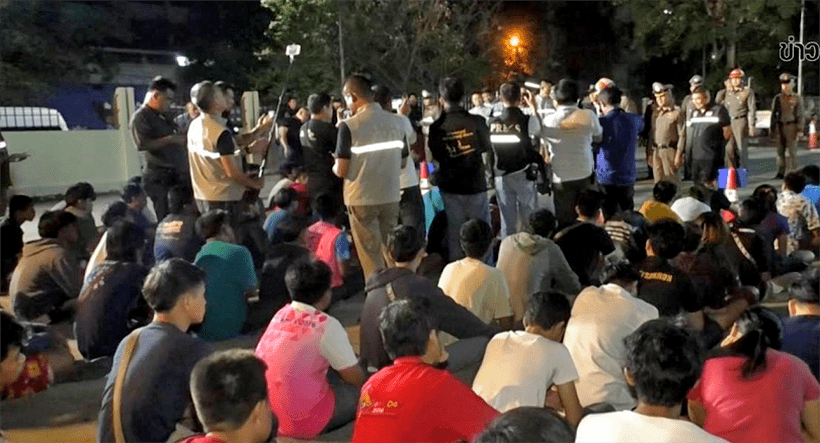 “…those under 18 will be sent for an attitude adjustment in a military camp for seven days.”

Police staffed the checkpoints on major roads in Samut Prakan last night and into early this morning making the arrests.

Samut Prakan police chief Pol Maj Gen Nithithorn Jintakanon said 25 of the 78 arrested motorcyclists are under 18 and two of the 78 tested positive to drug abuses.

The alleged drug abusers will be sent for mandatory rehabilitation while those under 18 will be sent for an attitude adjustment in a military camp for seven days while the rest were fined, Nithithorn added.

Police also found 18 big-bike motorcycles making noises louder than allowed by the law so they were prohibited from use for 30 days.

Scrapped: Back to the drawing board for Suvarnabhumi Terminal 2 design