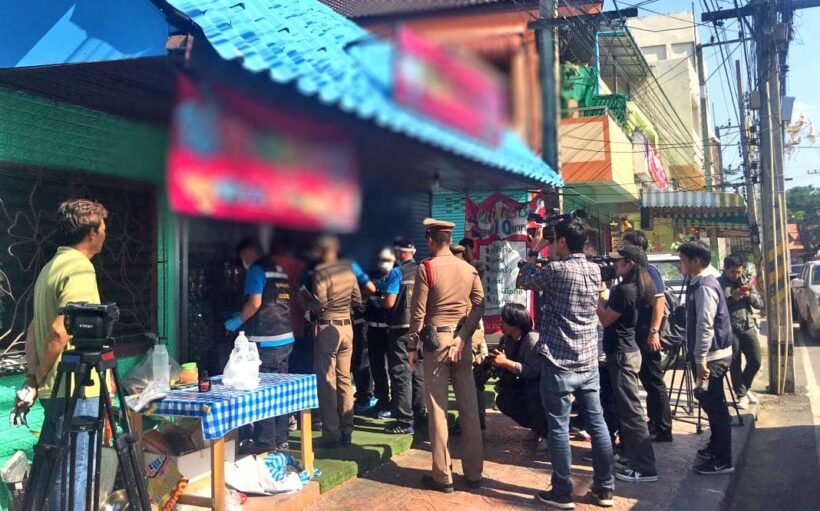 PHOTO: The grocery shop in Saraburi province where the alleged rape took place.

A government official in Saraburi province, just north-east of Bangkok, has resigned after footage appeared of the official trying to force a 12 year old girl into saying she wasn’t gang-raped.

The official, identified as Sangwan Sitthipanya and described as “a leading local administrator”, was forced to resign after an audio clip emerged one day after the girls’s father accused Sangwan of trying to avoid an official complaint into the alleged assault. His daughter says she was gang raped by five teen boys.

The father of the girl has gone public about the story following the release of the clip and claims that Sangwan was related to one of the accused boys. The father also claimed today that another girl was also assaulted at the same time.

The clip on the Social Hunter V.ss Facebook page has since been deleted.

In the clip, posted online, a man, identified later as Sangwan, is heard saying… “Tell me honestly what they did to you. Did you orgasm?”

“Let’s talk first about what we can do. She’s kind of a slut.”

The deputy district chief of Saraburi Province, Sirichai Pratoomma, has identified Sangwan as the man in the clip. He said he demanded Sangwan’s immediate resignation because he damaged the reputation of the organisation.

Sangwan has since resigned.

The father says he was in Bangkok when he heard that his daughter was assaulted behind a local grocery shop. A friend contacted him with the news.

He has also admitted to responding to the news by confronting some of the alleged teens and their parents. He says he was annoyed that police had released the accused teens.

At the same time police had charged him with “causing bodily harm” following his confrontations.

Her Majesty the Queen visits hospital for checkup