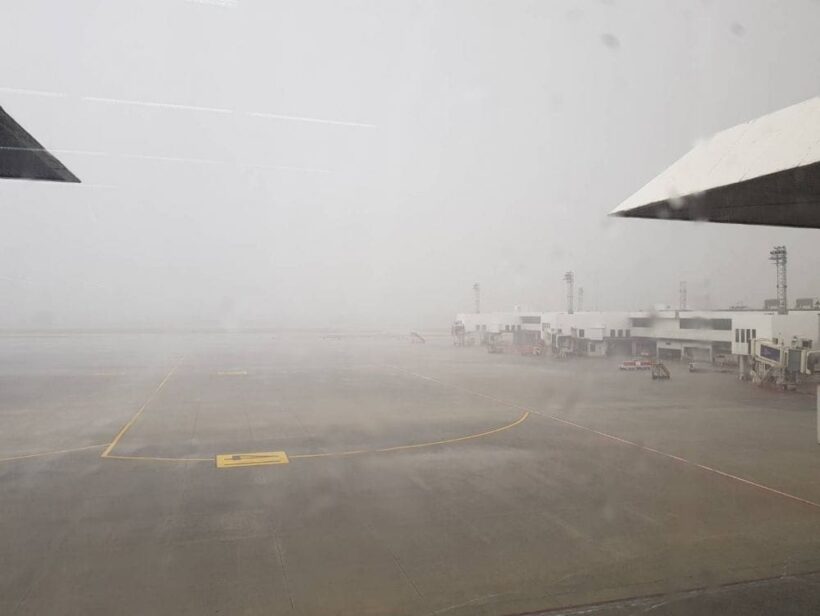 A random summer storm has struck Bangkok’s Don Mueang Airport this afternoon. The freak storm affected more than 18 flights and stranded 3,000 passengers whilst the storm battered the area north of the main city.

At least one flight was re-directed to the nearby Suvarnabhumi Airport and another to U-Tapao Airport.

Strong winds caused a Lion Air mobile airstair to hit a Nok Air aircraft parked nearby, after which all 176 passengers on board the Nok Air flight had to disembark and board another aircraft. Their flight was delayed up to 90 minutes.

The storm disrupted flights in and out of Don Mueang Airport between 2pm and 4pm. 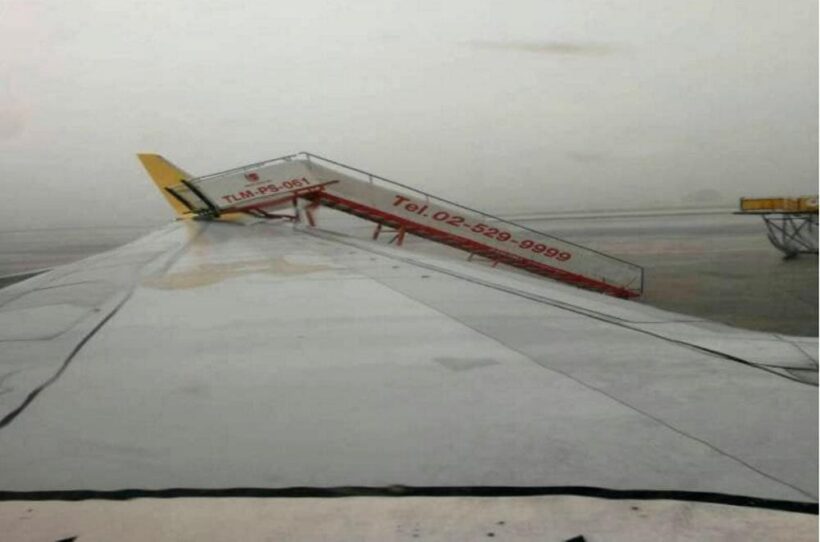 The Aeronautical Radio of Thailand reported that the storm passed at about 3.15pm and normal services at the airport resumed soon after.

During the storm dozens of planes were parked waiting for a take off slot, while dozens others circled in the city’s vicinity waiting for the opportunity to land.

Pathum Thani was also hit by winds, so severe that they blew off a section of the Western University’s concrete wall. The falling debris seriously damaged four cars and two motorcycles owned by university staff and lecturers, though nobody was injured.

The Meteorological Department has forecast summer and electrical storms in the North, Northeast, East and Central regions, including Bangkok tomorrow and into the early part of the weekend. 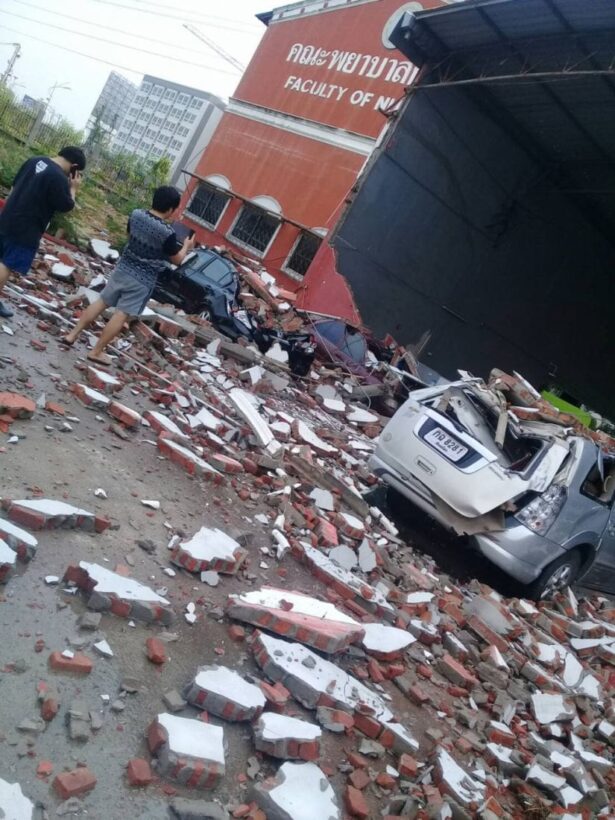 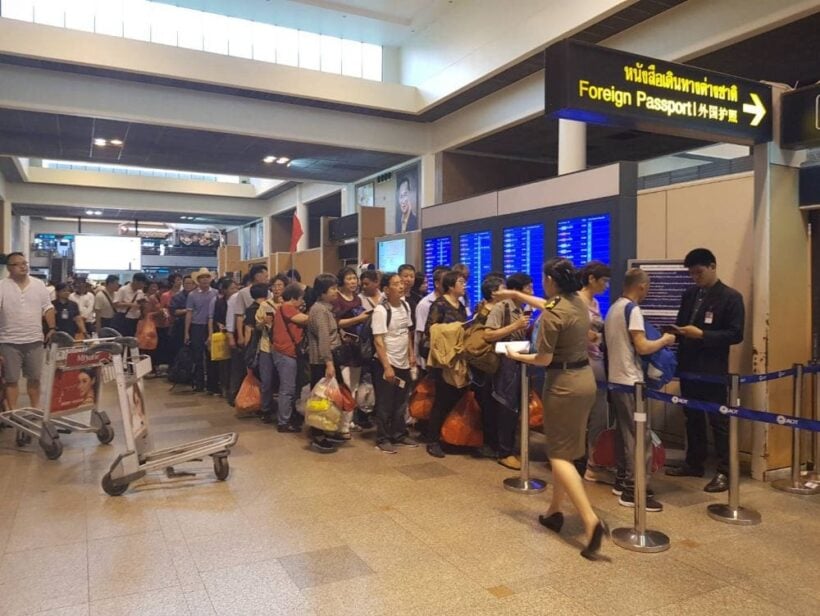