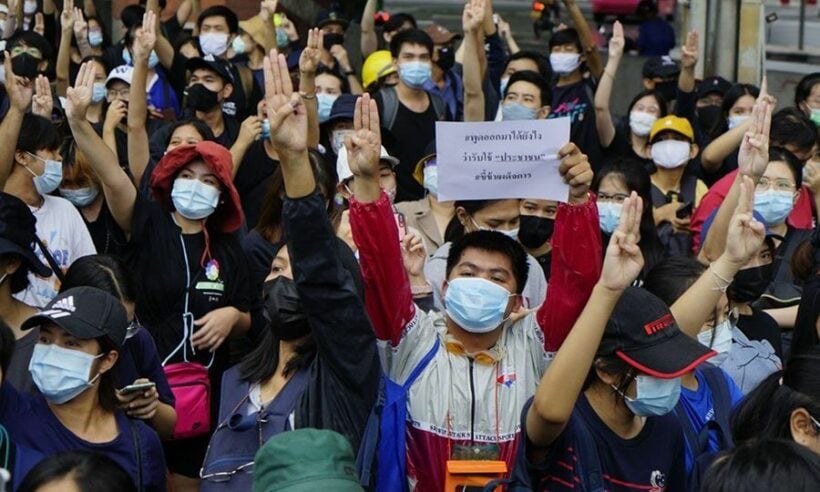 A planned protest outside the Constitutional Court in Bangkok this afternoon will now take place at the Lad Phrao Intersection, in the Chatuchak district. The Ratsadon (People’s Party) group have announced the change on the Facebook page of fellow activists, the United Front of Thammasat and Demonstration. The rally is expected to kick off at 4pm.

It was originally due to take place at the Constitutional Court, to coincide with the court delivering its verdict on PM Prayut Chan-o-cha’s place of residence. The PM has come under fire from opposition quarters for occupying a military residence, despite having retired from the army in 2014. Critics say this is a violation of army rules, while the army argues that the arrangement is for security reasons.

The PM and deputy PM Prawit Wongsuwan were both excused from an order issued by former army chief Apirat Kongsompong earlier this year, that gave all retired military personnel until the end of February to vacate state-owned residences.

Should the court’s verdict go against the PM this afternoon, it will mean the end of his premiership and his current cabinet. Anti-government protesters who have been campaigning for his resignation since July are calling on activists to assemble at the Lad Phrao intersection this afternoon for what they hope will be a significant event.

“If Prayut is found guilty in this case, he could be forced to step down as the court has deemed his action unconstitutional, rendering him unfit to be prime minister. Please come out at Ha Yaek Lad Phrao from 4pm to witness this historical moment together.”

But the Constitutional Court has a demonstrated history of siding heavily with the incumbent government and the current Thai PM. So a ruling against the PM in this case would be highly unexpected and against the grain of their past decisions.