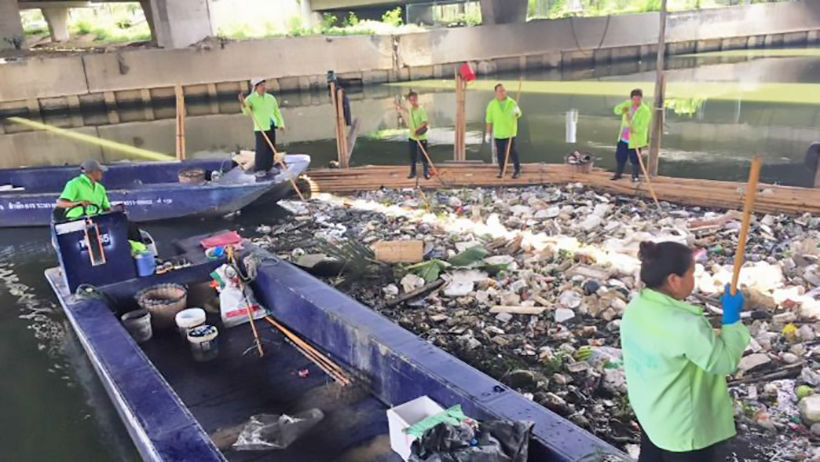 Bangkok’s governor warns that the volume of garbage in Bangkok’s canals is increasing and is beginning to block the sewer system, causing potentially health-threatening floods in many areas. Governor Asawin Kwanmuang said the removal of garbage from canals in Lat Phrao district and under Pradit Manutham Road alone required 5 trucks.

The area is just a kilometre away from a Rama 9 pumping station, which drains water from Lat Phrao Canal and Saen Saeb Canal to the Chao Phraya River.

“If the rubbish blocks the pipes and the tunnels, the city will be unable to drain water during floods in the rainy season.”

The same problem is found in other districts, such as Chatuchak (northern suburbs of Bangkok). The governor has asked Bangkok residents to take this issue seriously, as the consequences are dire.