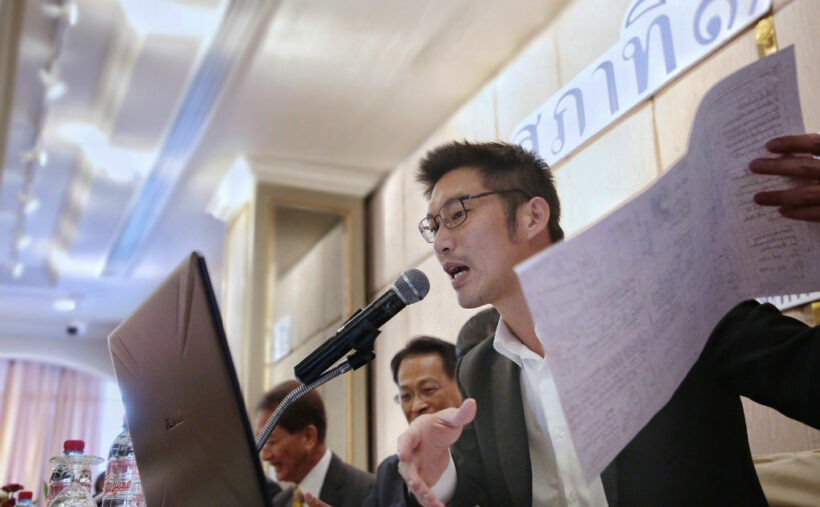 The Thai Constitutional Court is set to issue a ruling in Future Forward party leader Thanathorn Juangroongruangkit’s media share ownership case on November 20. The court wrapped up its inquiry yesterday with the questioning of ten defence witnesses, including Thanathorn who arrived at the court greeted by well-wishers.

Thanathorn, who held 675,000 shares in V-Luck Media, has repeatedly insisted they were sold to his mother on January 8, weeks before he registered to run as a candidate.

As judges fired questions at him during today’s hearing, the usually cool-headed party leader appeared tense, saying he couldn’t recall the legal details of divesting the shares. His supporters say the case has been trumped up to take out Thailand’s most popular politician and deliver a gut punch to the FFP and its radical reform agenda.

Read more about the case HERE.

Both Thanathorn and the Election Commission, which filed the case with the Constitutional Court, were given 15 days from today to submit their closing statements to the court.