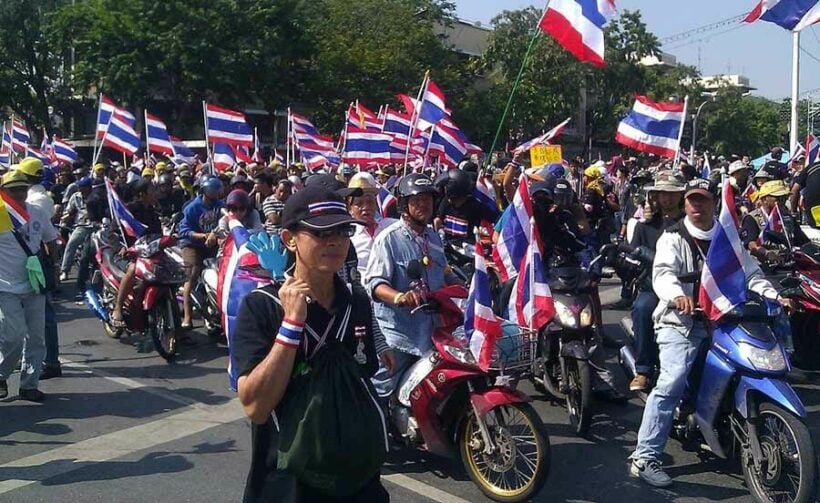 A number of government ministers have been jailed for their part in protests against the government of Yingluck Shinawatra that crippled Bangkok and ultimately led to the 2014 military coup. Yesterday, the Criminal Court handed prison sentences to 29 former members of the People’s Democratic Reform Committee, some of whom were serving in the current administration.

Former politician and former deputy PM, Suthep Thaugsuban, has been sentenced to 5 years’ imprisonment for leading the protests against the Yingluck government during 2013 and 2014. Education minister Nataphol Teepsuwan has received a prison sentence of 6 years and 16 months, while the deputy Transport Minister Thaworn Senniam received a 4 year sentence. Buddhipongse Punnakanta, former Digital Economy and Society Minister, has been sentenced to 7 years’ imprisonment.

In total, 29 ex-PDRC members have been found guilty of charges including terrorism and insurrection and handed sentences from 4 months to 11 years. They are now barred from holding political office, meaning PM Prayut Chan-o-cha may be looking at a Cabinet reshuffle. He has held the position of PM since seizing power in the 2014 military coup that ended the PDRC protests.