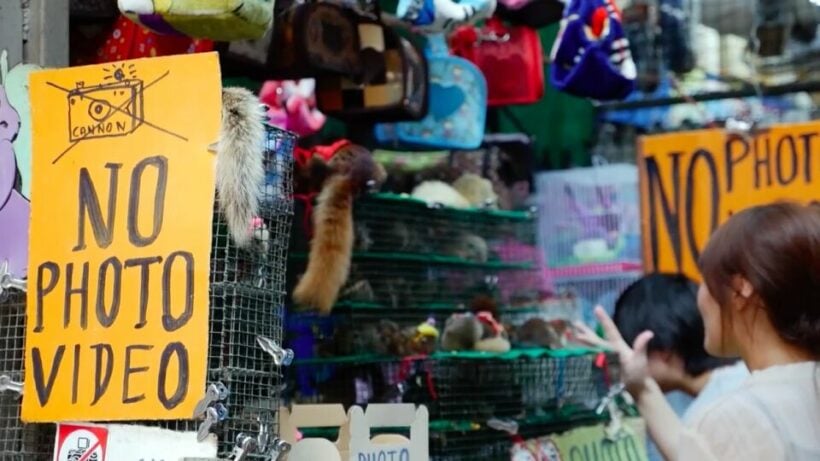 Health officials in Thailand are denying reports that the World Health Organisation is investigating Chatuchak market in Bangkok in ongoing efforts to establish the origin of Covid-19. The reports have surfaced in Danish media, following a WHO visit to Wuhan last month, with doubt hanging over the theory that the pandemic started in the central Chinese city.

Nation Thailand reports that the Department of Disease Control has held a press briefing in which it refutes suggestions the virus could have come from wildlife traded at Chatuchak market. The market has previously come under fire from animal welfare and wildlife protection organisations. In 2016, research by wildlife protection group Traffic pointed to the market’s ongoing illegal trade in protected bird species, while an earlier report highlighted the market’s role in the illegal trade of freshwater turtles and tortoises.

Despite several conservation experts pointing to the risks associated with the wildlife trade, Chawetsan Namwat from the DDC denies the suggestion the WHO is investigating the market for potential links to Covid-19. He says the media reports are based on evidence that the Thai horseshow bat carries another SARS virus that shares over 91% of its genetic code with the Covid-19 virus. He adds that this virus cannot be transmitted to humans, saying the DDC’s advice continues to be that humans should not consume wild animals.

“This is just an academic assumption, not absolute truth. We are constantly monitoring the animal-trading zone in Chatuchak weekend market. Even if there is no clear evidence on the origin of this virus, we still need to be vigilant and maintain strong disease-prevention measures.”