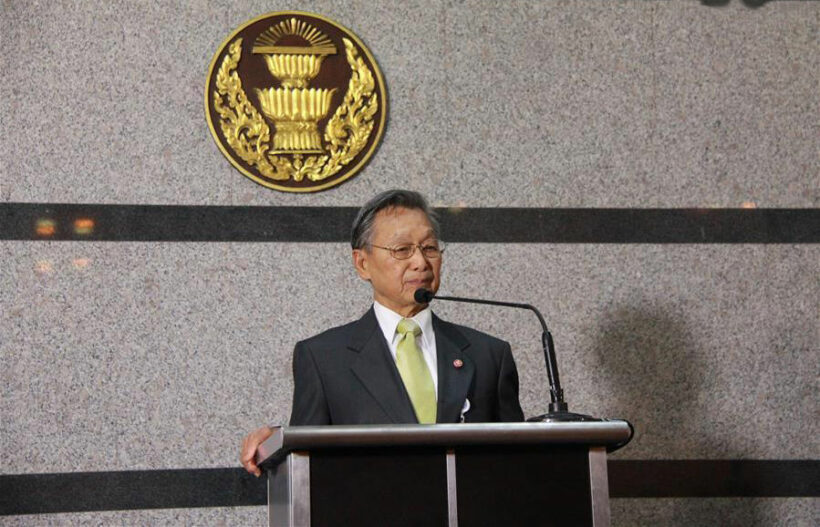 Thailand’s House of Representatives kicked off a debate this morning on a bill that would transfer about 88 billion baht from the budgets of each government ministry to a central fund, to fight the Covid-19 pandemic and rehabilitate the nation’s economy. The first reading was approved with 264 votes. 4 MPs rejected it, 185 abstained and 1 MP failed to vote.

The Opposition called on fellow MPs to reject the bill, saying it gives no detail about how the money will be spent and approving it would be like “issuing a blank cheque to the PM.” A Sereeruamthai party-list MP criticised PM Prayut Chan-o-cha for revising rules to increase the spending limit from the central fund and urged the House not to allow it, pointing out that the budget transfer would be capped at 16 billion baht under the old rules. He argued it’s improper for the PM to raise the spending amount of funds that he would himself manage, saying it would invite corruption.

A Pheu Thai Party MP for the northern Nan province says the PM revised the regulation to accommodate himself, pointing out the central fund is to be be managed by the PM, and it’s the fourth time the administration has sought budget transfers.

The PM defended the reallocation of budgets, saying the government needs money to implement programs to help cushion the pandemic’s economic blow. He says the central fund will be used for Covid-19 mitigation efforts or the money will be returned.