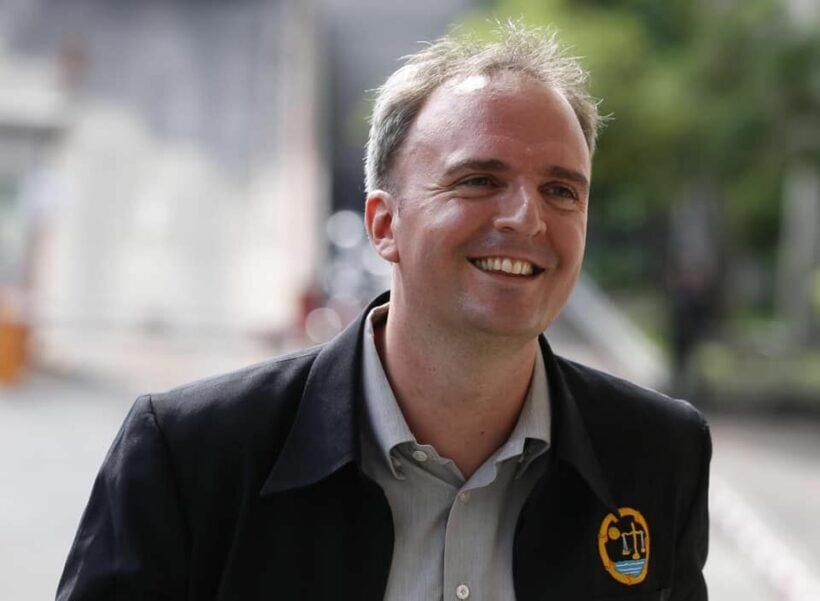 After fighting multiple defamation charges for nearly 10 years, British activist Andy Hall has been finally cleared of the last pending charge. Hall had lived for 12 years in Thailand before leaving in 2016 after fighting charges brought by the pineapple company Natural Fruit in Prachuap Khiri Khan when he had reported on their poor work conditions.

In 2012, Hall contributed to a report about these bad working conditions, child labour, and low wages at a local factory in Pranburi of the Natural Fruit company. Hall was originally found guilty of criminal defamation in 2016 and was given a suspended three-year prison sentence. Last June that conviction was overturned. Natural fruit then filed a 300 million baht civil defamation case but that was dropped last year before reaching trial.

The final case was a separate defamation charge stemming from a 2013 Al Jazeera interview that Hall had given. The Supreme Court overturned a lower Court’s ruling that Hall should pay 10 million baht in compensation charges. The Supreme Court dismissed the case after concluding that Hall’s criticisms were fair and that his reporting was honest and therefore the company did not deserve any financial compensation.

While Natural Fruit denied Hall’s original allegations of poor working conditions, the courts ruled that his interview was justified. In Thailand, defamation laws are strong and strict. Many human rights activists criticise these laws for allowing big businesses to silence activist and investigators with heavy-handed defamation cases.

Hall made a statement declaring that this dismissal of the last defamation charge was a relief but not a victory. He said he never had any intention of doing any damage to any legitimate business practices, and legal harassment for nearly a decade had affected his work, his family, and himself.

That relief was long-awaited as it turns out the Supreme Court decision Hall received yesterday about this final defamation case had actually been ruled by the courts nearly a year ago in June 2020. The official declaration was severely delayed in seeing the light of day because of delays and backups due to Covid-19.