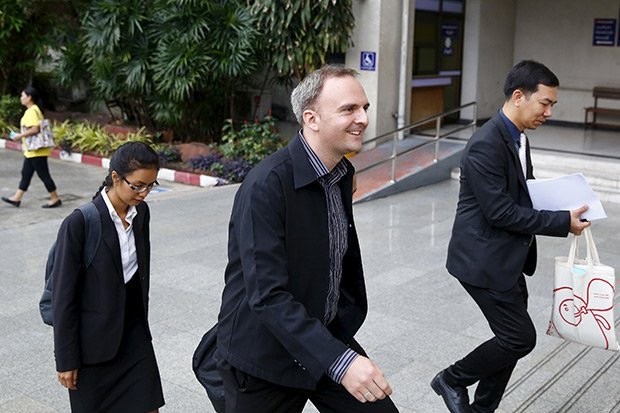 Living in the Land of Smiles you need to mind your Ps & Qs, as an expat, tourist, company or just about anyone actually. Thai defamation laws can be used to silence people, even in the most innocuous situations. It’s different from the West and, living here, you need to have a basic understanding of the differences in the way deflation and slander works in Thai law. As a media publication it can be especially onerous preventing us from publishing any number of stories that we would like to, button’t dare . Editor

Court cases over the past three years – the most notable the case against British national Andy Hall, Academic Dr Wyn Ellis, and local blogger Alan Morrison with his PhuketWan, reflect a peculiar aspect of the Thai criminal system. Unlike criminal court systems in most Western countries, a private person in Thailand can initiate criminal prosecution if they believe they are a victim of a crime.

In Thailand, people are able to access the criminal justice system through two channels. The most common way is for a private citizen to file a complaint with the police. The police gather evidence and submit the case to the public prosecutor. The public prosecutor determines whether to file formal charges after reviewing the evidence.

The second method is a private criminal prosecution. Under this method, crime victims have the right to file a case against the accused perpetrator. In cases where the victim is seriously injured or dead, the spouse or heirs can file the lawsuit. Generally, a private prosecution is faster, more focused and more efficient than a public prosecution because an attorney will assist in the investigation of the case to strengthen the victim’s charge. 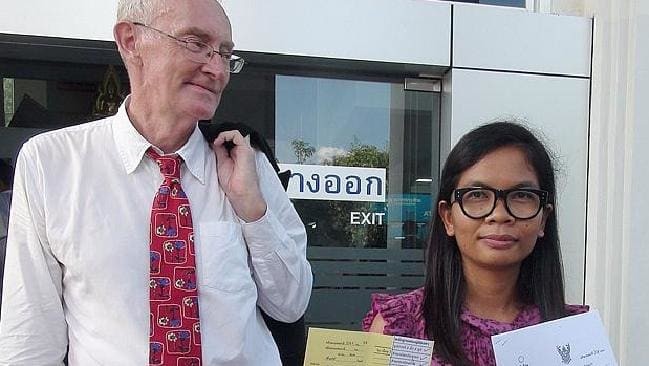 (Read about their case, in their own words, HERE.)

Private prosecution of criminal cases helps to overcome several problems with the current criminal justice system. Firstly, there are limits to the number of cases that a public prosecutor can handle. Private prosecutions alleviate the shortage of prosecutors within the public system.

Secondly, there are problems with undue influence which may make public prosecution of certain crimes or charges against certain individuals unlikely. Private prosecution of crimes allows those types of cases to move forward even if they become an embarrassment to high ranking officials or other powerful individuals.

And thirdly, some crimes are just not a priority for public prosecutors. Once a public prosecutor has charged someone with a crime, he cannot allow a perpetrator to plea bargain to lesser charges to settle the case. So the prosecutor may be reluctant to file certain charges because he/she is not willing to see the case through to the end. In these situations, an injured party can still move forward to seek punishment against their perpetrator.

However, the system of private prosecution also brings a host of problems. Allowing private criminal prosecution can alleviate the manpower shortage in the public prosecutor’s office, but it increases the burden on the court system. The processing of cases in Thai criminal courts can already take over a year.

There is also the problem with duplicate charges against the accused.

Andy Hall was acquitted of criminal defamation in a case filed by the attorney general’s office last year. However, he is now being tried on the same charges through the computer crimes act by a private company. The fact that a public prosecution has been initiated or completed does not prejudice a victim’s right to bring a criminal action on the basis of the same offence.

In addition, initiating a private prosecutorial action is generally limited to those who have the ability to fund private attorneys to file and prosecute their cases. Criminal legal prosecution can be very costly. There have been complaints that corporations and the wealthy have used private prosecution to silence critics. Criticising the wealthy and powerful can open up individuals to a costly legal action and possible imprisonment.

The private prosecution system is a tool. It can be used to bring about justice when government officials refuse to prosecute. However, it can also be used to intimidate to prevent disclosure of information or critical opinions. It is generally up to the courts to distinguish between justice and intimidation.

How to Trust – Annie’s story

Robert R. Virasin is a licensed U.S. Attorney and managing director of Virasin & Partners. Mr. Yutthachai Sangsirisap is a licensed Thai Attorney. Virasin & Partners is an international law firm and consulting company based in Bangkok with an affiliated office in Houston, Texas and representative agents in Chiangmai, Thailand and Ho Chi Minh, Vietnam.