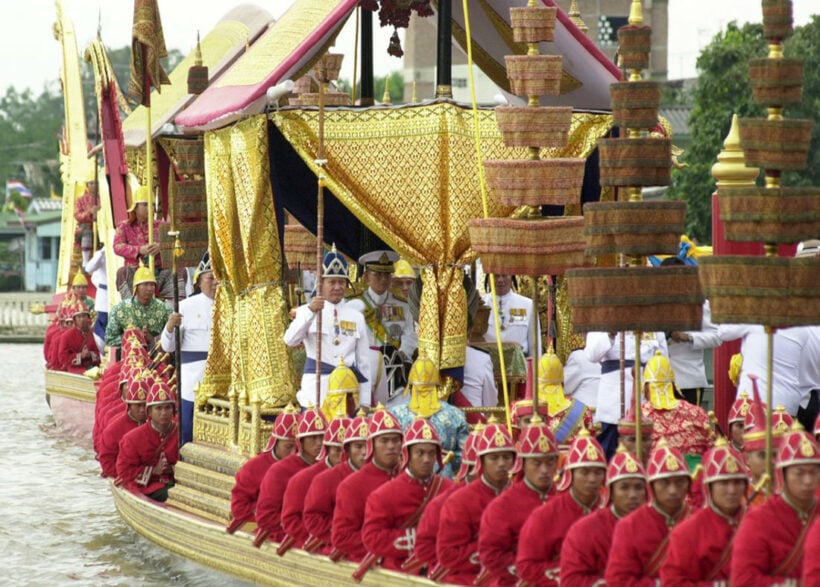 The Royal Barge Procession will take place on Thursday, 24 October along the Chao Phraya River in Bangkok.

The next rehearsals for the Royal Barge Procession, the final event of the Coronation of His Majesty King Maha…

Keep in contact with The Thaiger by following our Facebook page.
News Categories:BangkokCoronationEvents
Related Topics:BangkokceremonyChao PhrayaCoronationHM The KingKrung TheRoyal Barge Procession
Up Next

Nine Chinese criminals rounded up for extradition back to China

The BTS Skytrain is as ubiquitous in Bangkok as great street food and fake Viagra, and it’s now added 4 new stops to extend its reach. The new BTS Green Line extension, running fro Mor Chit station and Khu Khot station in Rangsit, opened to the public today. The new extension was officially launched by PM Prayut Chan-o-cha this morning, and opened to commuters from 1:30pm.

The extension of the northern service covers 4.2 kilometres, and travel on the new section is free until the end of the year. Whoo Hoo!

The system now comprises 47 stations along two lines: the Sukhumvit Line running northwards and eastwards, and the Silom Line which serves Silom and Sathorn Roads, the central business district of Bangkok, terminating at National Stadium and Bang Wa. At this morning’s daily press conference, the Centre for Covid-19 Situation Administration announced a single new case of Covid-19.

The case is a 45 year old Thai man who recently returned from Kuwait. He’s reportedly a factory worker and arrived in Bangkok on May 24. he was diagnosed with the virus after a second test on June 3.

Today marks the 11th day in a row in the country with no cases transmitted locally.

Thailand now has a total of 3,102 cases in total since the start of the outbreak. 2,971 of those cases have fully recovered and been released, 3 of them in the 24 hours before the briefing. The recovery rate is 96%

73 people remain in hospital under treatment in Thailand and the death toll remains at 58.

A report in Nation Thailand says that Thailand’s army chief Apirat Kongsompong has ordered the transfer of all committee members at the Lumpini Boxing Stadium in Bangkok. The dressing down and side-lining of the officials comes after the committee went ahead with a boxing match at the stadium on March 6, two days after the government ordered such venues to close, as part of the Covid-19 lockdown measures.

The stadium is owned and operated by the Royal Thai Army.

The stadium was later found to be a hotbed for the virus, generating a cluster of hundreds of infectionsthat spread beyond Bangkok and into other provinces. A subsequent inspection has revealed serious problems with the venue’s hygiene and disease prevention measures.

Army Chief Apirat Kongsompong is ordering the transfer of all committee members, having already transferred the manager, Rachit Arunrungsee, who is reportedly set to retire in September.

Monkeys drown in water tank after food and water shortage

Bars, massage parlours may be be allowed to reopen in Phase 4