Thailand Port Authority director Kamolsak Phromprayoon says that losses from the huge fire and chemical spill at Laem Chabang Seaport on Saturday are estimated to be more than 100 million baht, while environmental campaigners are urging authorities to demand compensation from the people responsible for carrying the undisclosed hazardous chemicals.

On Saturday morning toxic chemical cargo onboard the South Korean ship, KMTC Hongkong caught fire causing wide disruption to the port’s shipment transport and traffic. The Director says there was a fallout on other shipments due to the chemical spill besides the large-scale impact on the local people’s health.

Laem Chabang Seaport is located just north of Pattaya on the Gulf of Thailand eastern seaboard and south east of Bangkok.

“We still cannot put an exact figure on the extent of damage from the fire, as the damage is widespread. So, we would like to invite all business owners and people affected by the fire and chemical leakage to report their damage to the Thailand Port Authority in order to let us calculate the exact amount of damage and allow us to claim compensation from the owners of these toxic chemical shipments.”

Meanwhile, Thailand Port Authority has been urged to set up a special working group with relevant agencies to investigate the full extent of the impact from the chemical contamination on people’s health and the environment.

Greenpeace country director for Thailand Tara Buakamsri suggested that Thai authorities should invite a third party to join the official investigation into the incident to publicly report on every aspect of this environmental disaster.

Tara added that all related agencies should step up their law-enforcement efficiency to ensure better prevention of the smuggling of toxic chemicals and other offences that could harm people’s health and environment from marine transportation in the future. 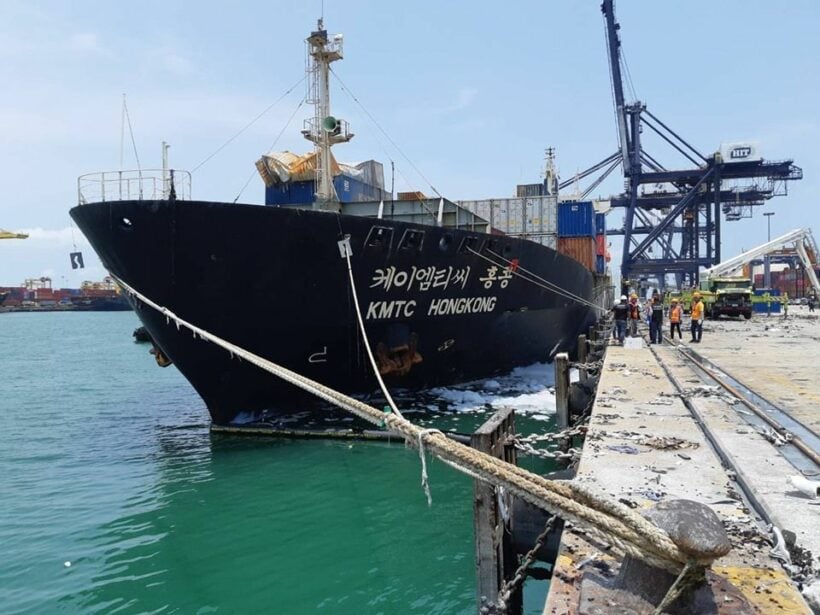