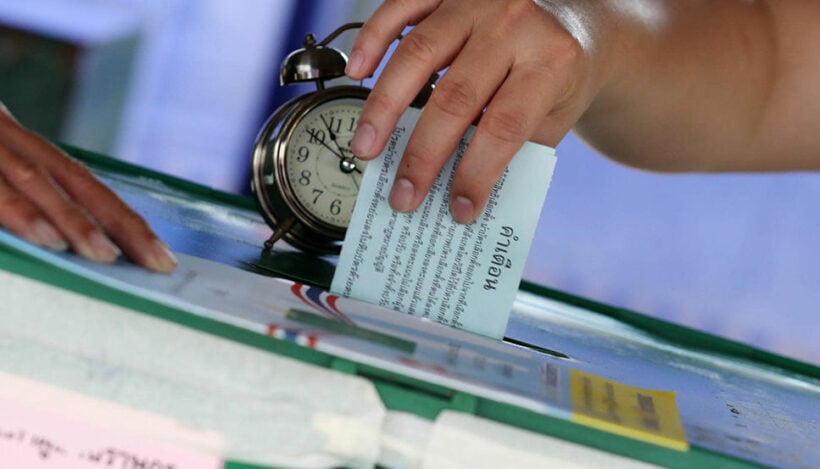 The Election Commission is, as promised, poised to announce the final election results next Tuesday and Wednesday.

Tuesday’s initial round of results are sure to spark off a new round of political dramas – no matter who is considered the ‘winner’ from the results. The announcements come at a time when tensions are running high over lawsuits and the uncertainty over allocation of MP seats.

The EC’s deputy secretary-general Nat Laosisavakul says the long-awaited poll results will be officially announced on two separate days. The Constitution demands that the EC endorse the constituency MPs first before proceeding to determine the number of party-list MPs each party would have, he explained.

Next Tuesday the EC will endorse the winners of at least 95 per cent of the 350 constituencies. The 150 successful party-list MPs, meanwhile, will be announced on the following day, he said.

The schedule will meet the deadline imposed by the Constitution, which stipulates the election must be completed within 150 days of the electoral laws taking effect.

But debate continues over the calculation of party-list seats. While political observers and stakeholders are protesting against the calculation method proposed to be used by the EC, the agency has stood its ground, insisting the formula has been endorsed by the original law drafters.

Claims of a contradiction between the Constitution and the MP Election law has resulted in the current controversy.

Meanwhile, post-election scrutiny continues, though the election results are set to be announced in less than a week.

The law has left room for the authority to clear these up, with the stipulation allowing the official announcement of 95 per cent of results. Re-runs of elections and recounts in embattled constituencies will take place after the announcement.

In a related development, the EC also disqualified 11 candidates from several political parties, citing they were either members of two parties or members of the party they represented for less than 90 days.

Four candidates were from Palang Rak Thai, two from Palang Chatthai and one each from Palang Puangchon Thai, Prachatham Thai, Seri Ruam Thai, Chatpatta and Ruamjai Thai, according to the EC.

None of them was successful in the March 24 general election and so no re-elections were deemed necessary, but the votes gained by them would be invalidated and would not be included in the party-list seat calculation.