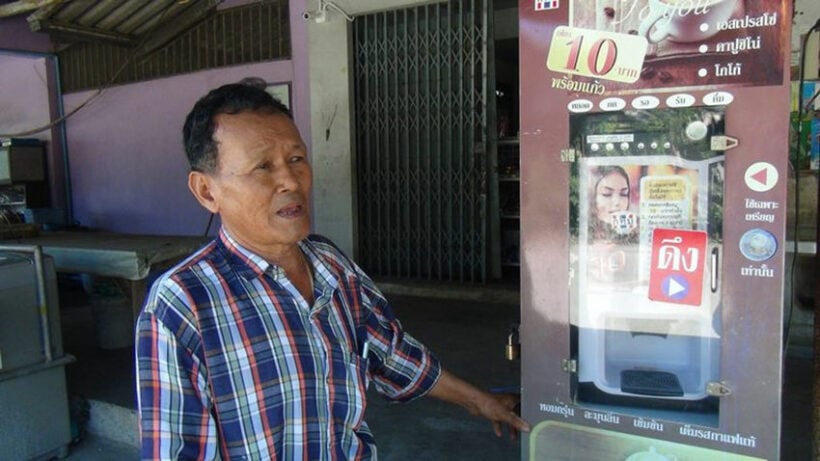 A group of teenagers in the eastern province of Chon Buri has been caught on CCTV inserting flattened bottle tops into a coffee vending machine, causing it to break. In the footage, 4 teenagers, male and female, can be seen arriving on a motorbike and parking in front of a convenience store in the early hours of Wednesday morning.

They are then seen flattening beer bottle tops and sticking them in a vending machine outside the store. Miraculously, their efforts pay off and the machine dispenses a cup of coffee. The 4 can be seen sharing the hot drink and then driving off. It’s understood the cost of a cup of coffee from the machine is 10 baht. 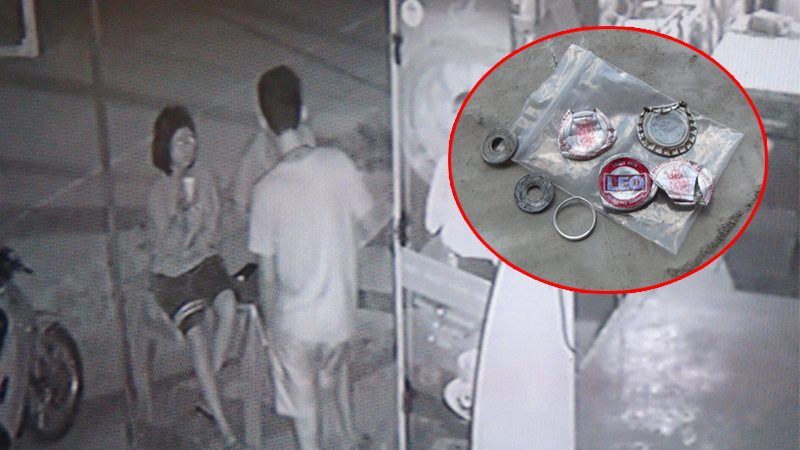 The 61 year old store owner first realised there was a problem when a customer told her the vending machine wasn’t working. Shopkeeper Somjit Ketkaew tried to insert a coin and was unable to do so, asking her son to check the CCTV footage. She says she doesn’t recognise any of the teenagers and believes they are not from the area.

The machine was opened up to reveal several objects inside, including flattened bottle tops and round metal objects, including 1 baht coins, although the machine only accepts 10 baht coins.

The former village head, 64 year old Charoen Ketkaew, says the machine was installed using 60,000 baht of village funds. The intention was to give villagers access to decent coffee at a cheap price. As the machine is now out of warranty, he says they have been quoted 8,000 baht to repair it.