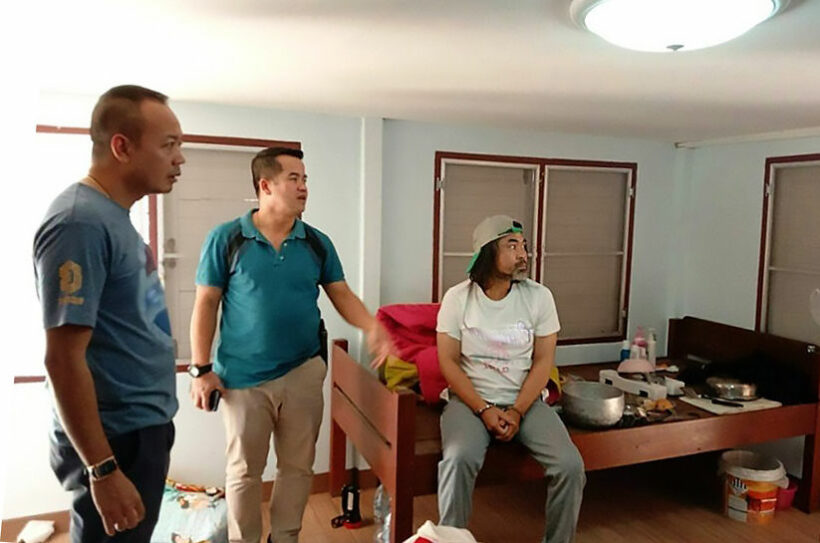 A former policeman who escaped a Chiang Mai hospital after being arrested for burglary has been re-arrested. The ex-cop, identified only as “Pawaret,” was assaulted by homeowners after he attempted to burglarise a home last weekend, which led to rescue workers taking him to hospital. He subsequently escaped the in the early hours of the morning.

His escape caused panic among residents in Sanpatong area of Chiang Mai, where he was at large. The suspect was found hiding in a guesthouse in the city. He has now been apprehended, according to local media.

Police say the accused burglar is now back in custody and awaiting trial. His wife is also being sought by police for assisting in his escape.