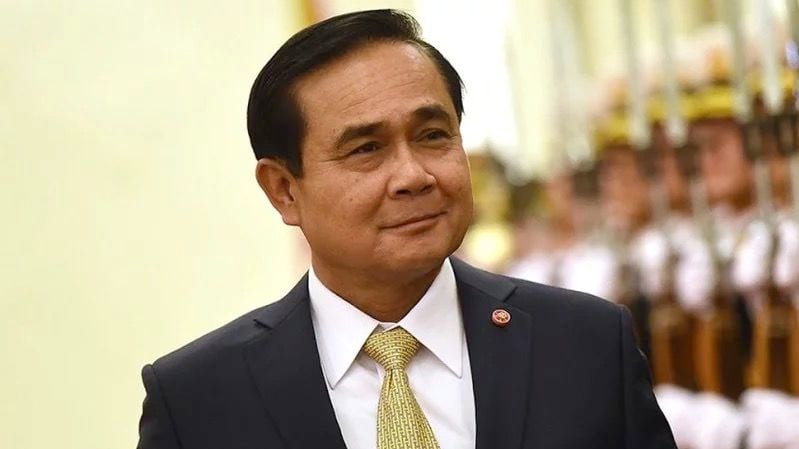 PM Prayut Chan-ocha, also the defence minister, announced yesterday that the Defence Ministry plans to downsize all three branches of the armed forces to become more modern and efficient, and will cut the number of generals in half within eight years.

Speaking on the final scheduled day of a censure debate, Prayut said it’s necessary to strengthen the armed forces through procuring modern armaments, including submarines, to put them on a par with neighbouring countries, to enhance not only preparedness but also bargaining power.

He told members of Parliament that the procurement of weaponry is carefully planned in advance and in accordance with the annual budget.

He said that, for example, the number of tanks in each cavalry battalion has already been reduced from 51 to 44, and armoured cars from 96 to 81.

Noting that Thailand’s marine resources are estimated to be worth 24 trillion baht annually (including the value of exports and imports carried on about 15,000 freighters), Prayut said it’s necessary for Thailand to have submarines as well as ships, to protect assets in Thai waters.

Deputy Prime Minister Prawit Wongsuwan, meanwhile, denied that he is involved in the procurement of Chinese submarines, as alleged by opposition MPs, who claimed that he might have benefited from the deal.