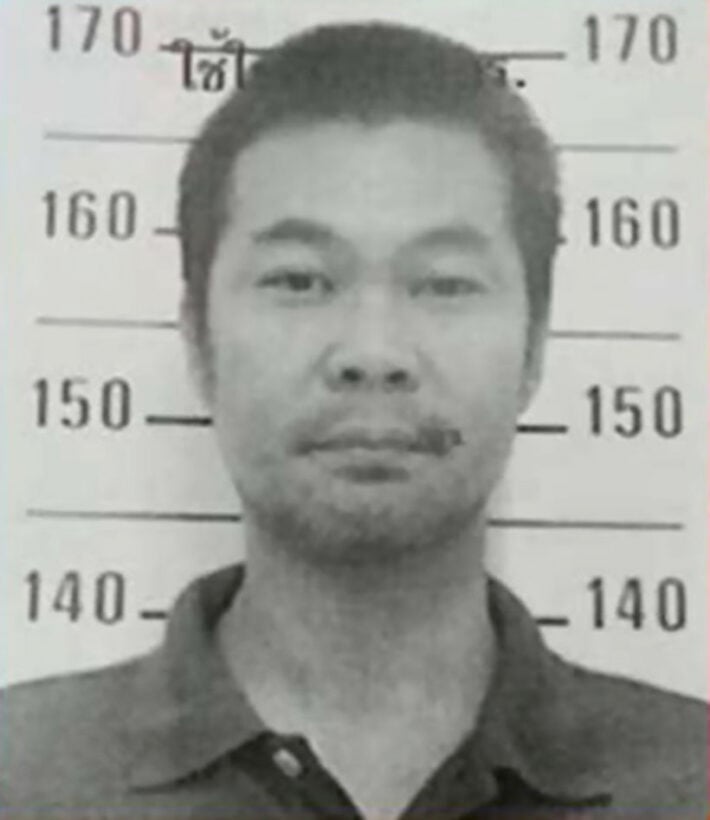 A former Chiang Mai policeman, arrested for a burglary in his home district of Sanpatong, has escaped from custody. Police are now hunting for the the fugitive. The officer, identified only as “Pawaret,” was arrested over the weekend and held at a police station but had to be taken to the local hospital because he’d had suffered injuries after an attack by a furious mob at the scene of his latest burglary.

He was secured to his hospital bed by cuffs on his foot, but managed to escape in the early hours of the morning, get a lift on a motorcycle and flee. He was dressed in a long sleeved shirt and shorts, and had his beard shaved and his hair matted down for surgery.

Police are studying CCTV footage but believe he can’t have gone far.

Naew Na reported that Pawaret was formerly a police corporal but was drummed out of the service after embezzlement in a drugs case. He then turned to a life of crime and had warrants out against his name in three other cases, over and above his most recent burglary.

In the latest case, an item of gold jewelry was recovered. He was attacked by locals and arrested by Sanpatong police.