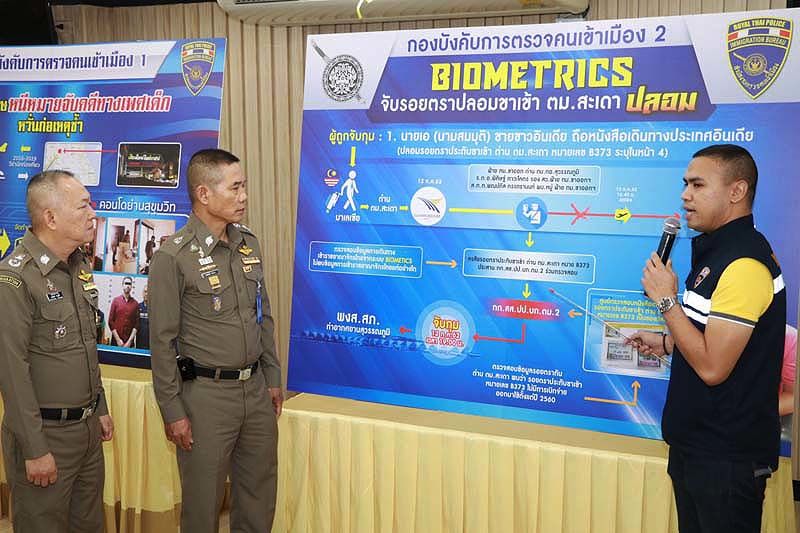 In reporting on the success of the biometric systems, police say the new systems helped identify the people and crimes they been allegedly involved in, even though the process of taking all the fingerprints adds to the processing time of each passenger at the airports. Police identified the men only as A, B and C.

naewna.com reports that Case A was a 32 year old Indian man who on his way to Varanasi from Suvarnabhumi airport on July 12. Immigration officials found a fake stamp indicating entry at the Sadao border crossing into Thailand in 2017.

The case came to light thanks to checking of biometric data at the airport that indicated he had no official entry stamp registered in the system.

Case C happened at Phuket international airport where a 34 year old Nigerian man arrived from Doha, Qatar. He was found to be wanted in Pattaya for possession of meth amphetamines and for overstaying his visa.