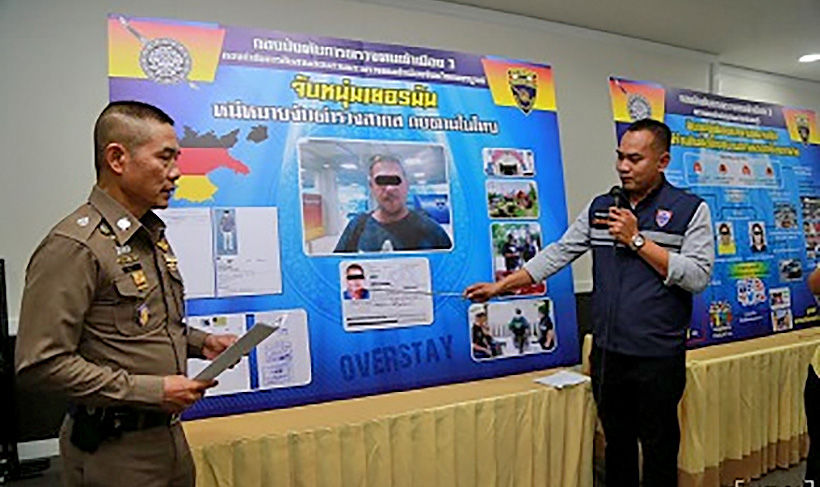 A 43 year old German man, Sacha Durst, wanted in Germany for fraud and document forgery, has been arrested in the province of Phetchabun, central Thailand, according to Immigration Bureau chief Pol Lt-General Sompong Chingduang.

Following a request from their German counterparts, Thai police arrested Sacha Durst who had reportedly been laying low in Thailand since 2015, at a resort in Lom Kao district, according to The Nation.

As he was on the run, a court in Germany ruled him guilty in absentia of fraud and document forgery and imposed a combined jail term of 2 years, 8 months and 2 weeks. It also issued an international arrest warrant for him via Interpol in April 2018.

Acting upon Interpol’s request, Thai police investigated Durst’s whereabouts and found that he had opened a bar in the northeastern province of Chaiyaphum together with his Thai girlfriend.

They proceeded to arrest him and have initially charged him with overstaying his visa and using a forged document. They plan to deport and blacklist him.