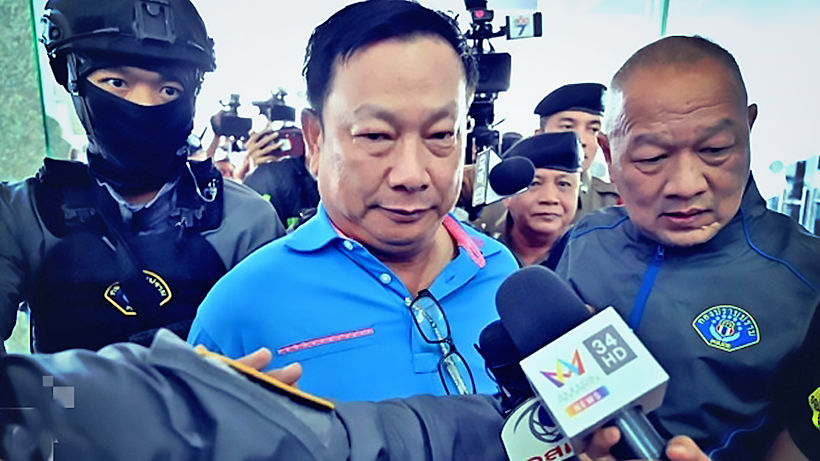 In a case which has shocked the nation, former deputy commerce minister, MP and police lieutenant Banyin Tangpakorn and 4 co-defendants have pleaded not guilty to the abduction and murder of the brother of the senior Bangkok judge who was handling his multimillion baht stock theft case. They entered their pleas via video conference from prison yesterday.

The accused, including 56 year old Banyin, face charges related to the death of 67 year old Weerachai Sakuntaprasoet earlier this year. Prosecutors charged each of them in February with premeditated murder, fatal detention, coercing others, illegal assembly and concealing a body.

Five of the defendants pleaded not guilty to the charges, while Narongsak pleaded guilty. The court adjourned the hearing until next month, when evidence and witness lists will be considered.

It’s alleged that Banyin and his five co-defendants kidnapped the elder brother of Bangkok South Criminal Court judge Phanida Sakuntaprasoet, to pressure her to drop charges in a 300 million baht stock fraud case against Banyin.

Weerachai was kidnapped right outside the court on February 4 and bundled into a van in broad daylight. It’s believed he was killed on or about February 5. His body was burned and the remains tossed into the Chao Phraya River in Nakhon Sawan. Banyin is also charged with impersonating a policee officer and illegally wearing a police uniform during the abduction.

Banyin was earlier found guilty of forging documents to set up the transfer of 300 million baht worth of shares owned by his 50 year old new​ friend, construction tycoon Chuwong sae Tang, to himself and two accomplices.

Car bursts into flames on the way home from dealer – VIDEO