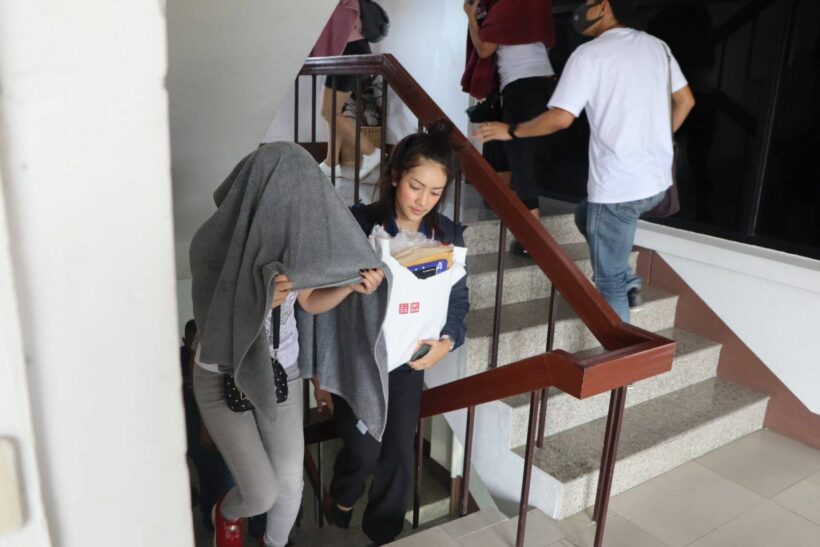 PHOTO: Four women from Uzbekistan were rescued from a Pattaya condo yesterday - The Pattaya News

Four Uzbek women were rescued in Pattaya yesterday by Uzbekistan embassy officials and Chon Buri Provincial Police after allegedly falling victim to a human trafficking scam. A team of police raided a condominium in South Pattaya near the entrance of Phra Tamnak hill.

See the video version of this story HERE:

The raid comes after Chon Buri police learned from Uzbekistan’s embassy that an Uzbek woman was tricked into coming to Pattaya with the offer of a high paying job, but upon arriving discovered that the work was not as described and she was essentially held against her will. The Embassy was alerted to the woman’s plight by a concerned relative. Police did not disclose the exact nature of the work.

One of the women told police that she had been offered “a lot of money” for working in Pattaya but she didn’t receive the cash and was being held against her will. Her name is being withheld.

A total of four Uzbek women were found in the condominium, including the woman who had come to the attention of the Uzbekistan embassy. All were rescued and will return home with the help of the embassy.

Chon Buri police are continuing their investigation and looking into the individuals who lured the women to Pattaya and offered the alleged employment.