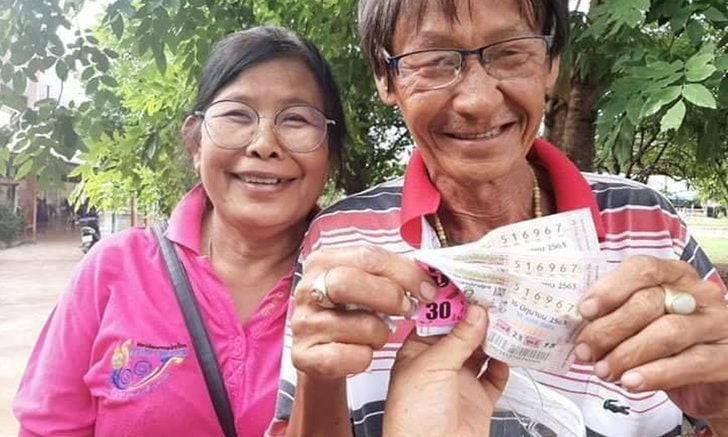 Usually people hope just 1 of their lottery tickets will end up being a winner. A couple in Central Thailand had their lucky day when all 4 of their tickets brought in millions, adding up to a total of 24 million baht.

On Monday, 60 year old Bunruan, a local teacher at Nakhon Sawan’s Wat Pho Si Temple School, and 67 year old Kumchai, a farmer, went out looking for tickets. They specifically searched for tickets with the number 67, the husband’s age.

They found a 4 tickets ending with 67 and purchased them, hoping for a 4,000 baht prize. The next day, they became rich, with each ticket winning 6 million baht! They had huge smiles on their faces as they held up the 4 winning tickets to a Sanook News photographer.

“We never imagined that these tickets would bring us the grand prize.”

The couple plans to donate a portion to help others, give some to their children who work in another province and use to purchase land for their retirement, which will be in the near future.