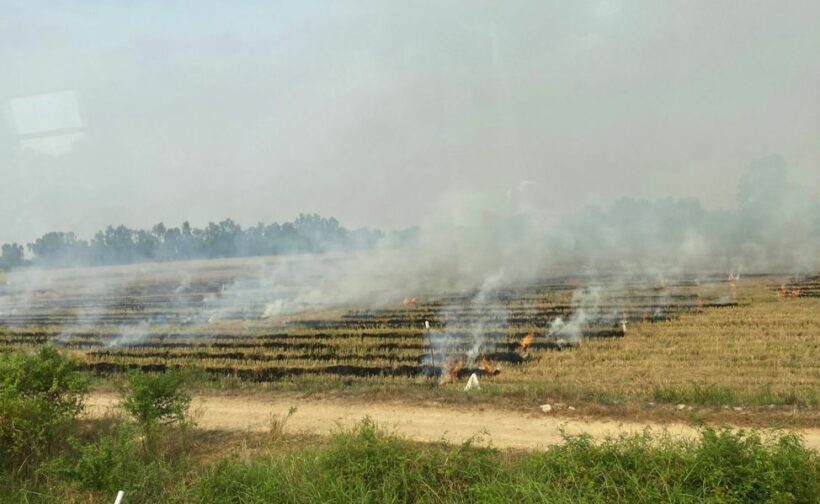 PHOTO: Fires being lit to clear the areas for the next crop - Richard Barrow

Smoke from fires, mostly deliberately lit, continue to choke sections of central and northern Thailand today. Light winds are not blowing away the smog and haze produced by the smoke, particularly in the north where Chiang Mai and Chiang Rai have readings today from ‘unhealthy’ too ‘very unhealthy’ – in a range from 170 up to 240 (particles of PM2.5 microns per cubic metre of air).

Chiang Mai’s air quality is the 2nd worst in the world today, as measured by airquality.com, beaten only by the perennially bad air quality choking Dhaka in Bangladesh. 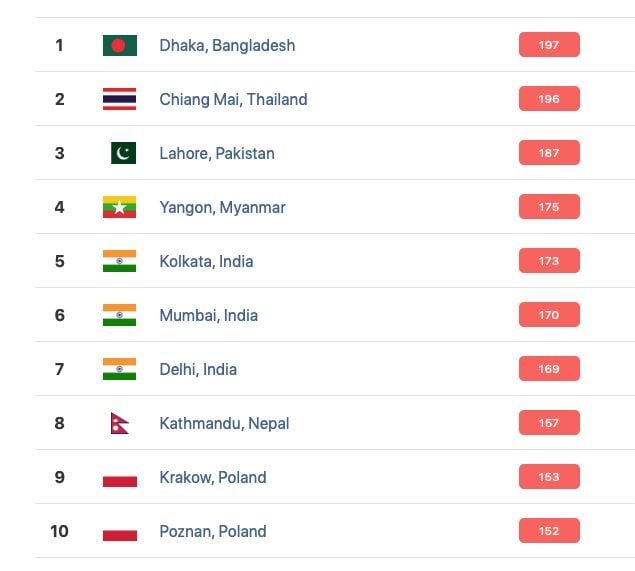 The satellite heat maps clearly indicates hundreds of deliberately lit fires in neighbouring Myanmar, and areas of central Thailand and Cambodia which are the source of the smoke haze impacting the northern cities and towns.

Whilst Bangkok’s air quality has improved in and directly around the capital – from ‘unhealthy’ on Wednesday to ‘unhealthy for some individuals’ today – there is still plenty of smoke descending on the provinces directly north of the capital today.

Most of Bangkok’s public schools, under the administration of the Bangkok Metropolitan Authority, were closed on Wednesday until today. Students will be returning on Monday after their two day enforced ‘holiday’.

The government maintains that it is cracking down on the deliberately lit plantation and farm fires where farmers burn-off the remnants of the crops (as in the case of sugar, corn and some fruits), or prepare the areas (in the case of rice). But, in reality, there appears to be little or no reductions in the number of fires being lit in farming areas around Thailand.

The agricultural machinery to make these soil preparations and clearances is expensive and not readily available for the farmers. Driven by concerns over price, the farmers opt for the cheapest means possible – incinerating areas and producing enormous fires and smoke that can last for days.

Meanwhile, even if the Thai authorities are able to reduce the number of fires lit within its own borders, the satellite fire maps clearly indicates the hundreds of similar fires lit in neighbouring Myanmar and Cambodia, where Thai authorities have no control. 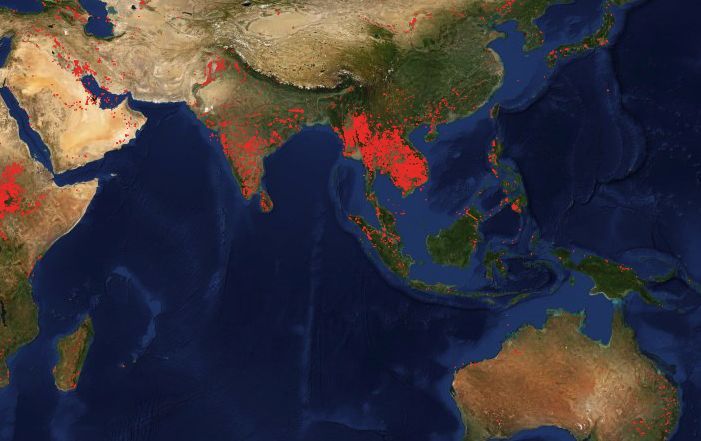 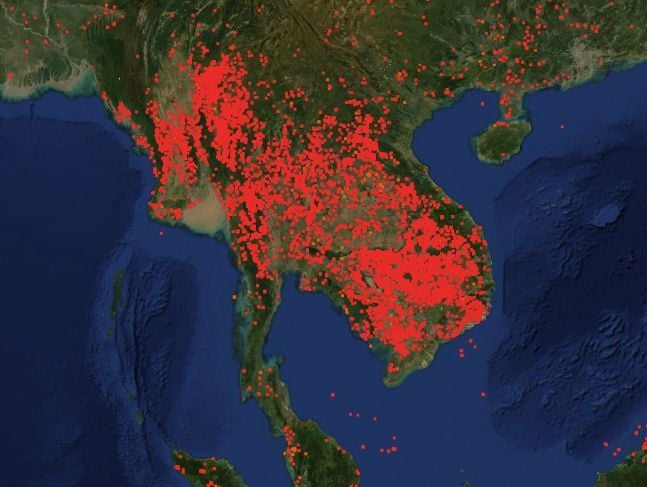 GRAPHIC: The satellite maps clearly show where the fires are popping up. 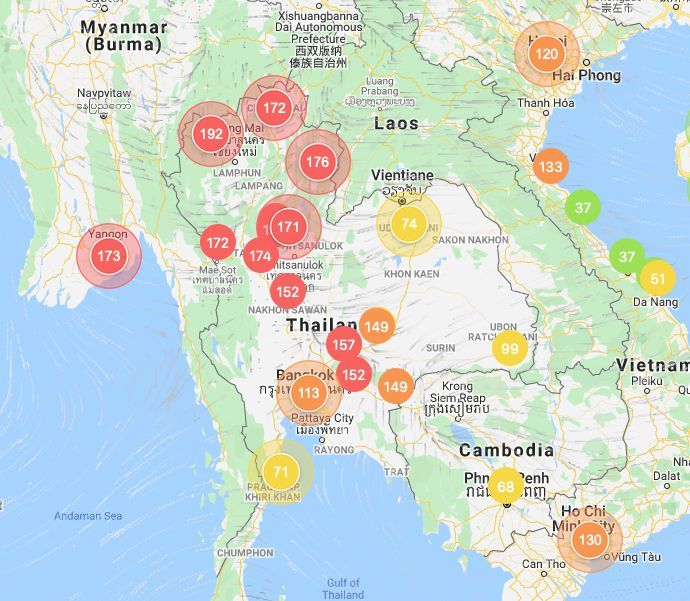 Areas in central and northern Thailand are suffering from bad air quality today. Check the readings, updated hourly from hundreds of monitoring stations around the country HERE.