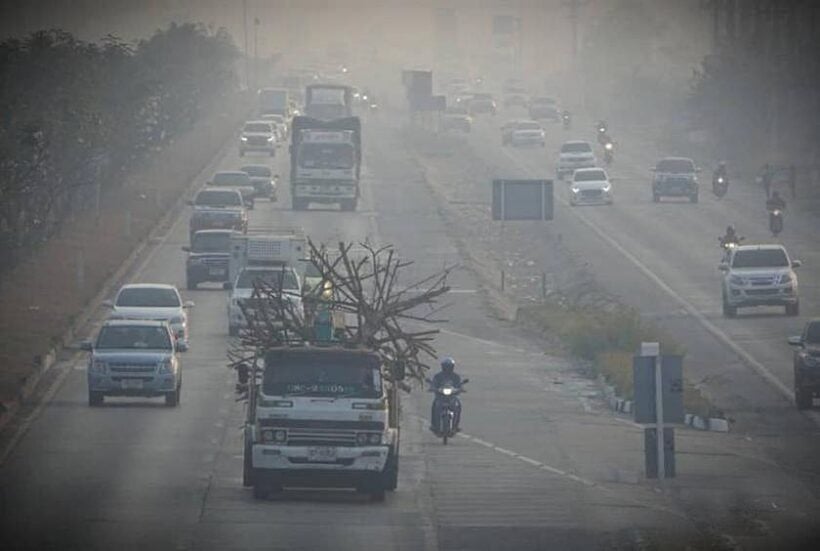 Bangkok has had a respite in the past week from almost two months of heavy air pollution. Whilst the Bangkok Metropolitan Authority, government and pollution control department dithered around with spurious explanations, the pollution persisted.

Water cannons, fire departments spraying water from atop city towers, amateur drones flying tiny ‘clearing’ missions and asking factories to shut down, kept the media fed with material but did little to nothing to solve the chronic central issues – old buses, old diesel-engined vehicles, plantation burn-offs to the northeast of the capital and heavy traffic.

To tackle any of the real pollution contributors would have been unpalatable in the lead-up to the election. Pushing smoke-bellowing cars and trucks off the road, cancelling bus services and telling northeastern farmers (and voters) to stop burning off their crops, would have risked a political backlash.

But nature came to the city’s rescue this week with some winds and light rain that pushed the heavy smog on.

Meanwhile the north-east provinces of Thailand are now suffering under crippling air pollution, mostly from the burning off of cane and rice crops. Again, whilst noting that the annual burn-offs are contributing to the problem, the Khon Kaen Governor, and others, have resisted discussing alternatives with farmers.

Today, Bangkok’s smog problem is very low whilst Khon Kaen, in the heart of the north-east, is suffering bad air quality.

The northeastern region had only three air quality-monitoring stations, in Nakhon Ratchasima, Khon Kaen and Loei, while the PM2.5 measuring devices are only stationed at Loei and Khon Kaen.