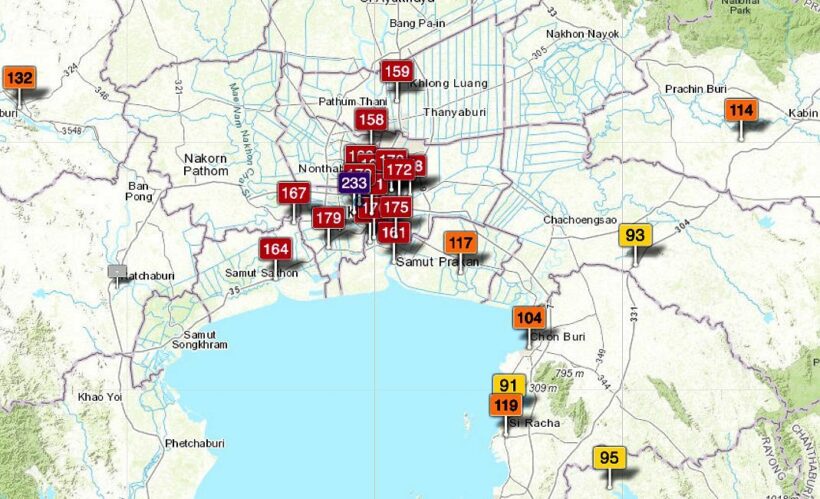 Unseasonal, poor air quality has descended on Bangkok and surrounding suburbs threatening people’s health. The problem, which filled the headlines at the end of last year, has returned to parts of the capital over the weekend.

Readings up to 233 have been recorded this morning, well in excess of the 50 micrograms per cubic metre safety level. That means that the general air quality is now ‘very unhealthy’ (chart below).

The Pollution Control Department attributes the worsening air quality to a large high pressure cell, which is covering most parts of the country. The large cell is robbing the centre of Thailand of winds to blow away the local smog. The same weather pattern has brought ‘high season’ weather to the south of Thailand with mostly north-easterly airflows replacing the seasonal south-west monsoon.

The department advises small children, pregnant women, the aged and ailing people to stay indoors or to wear proper face masks if they have to leave their homes.

People can keep themselves informed with real-time air quality updates by logging on HERE. 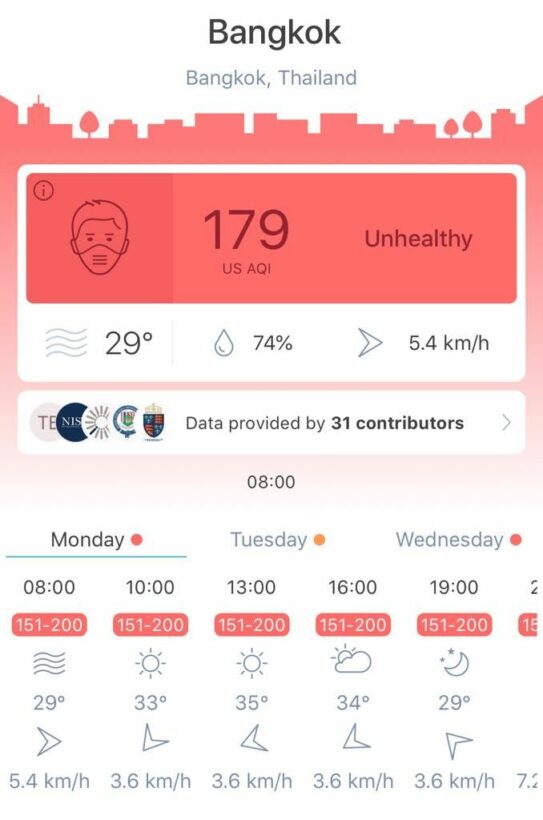 The prolonged haze problem affected Bangkok and its neighbouring provinces, such as Samut Prakan, Pathum Thani, Nonthaburi and Samut Sakhon, for several months late last year. Many people were forced to wear face masks when they were outdoors and schools were ordered closed for several days by the Ministry of Education as the level of PM2.5 far exceeded the 50-micron level, as set by the World Health Organisation.

At the height of the haze problem, useless water cannons were deployed to try and get rid of the fine dust particles and a fleet of aircraft conducted cloud-seeding operations to ease the pollution problem. 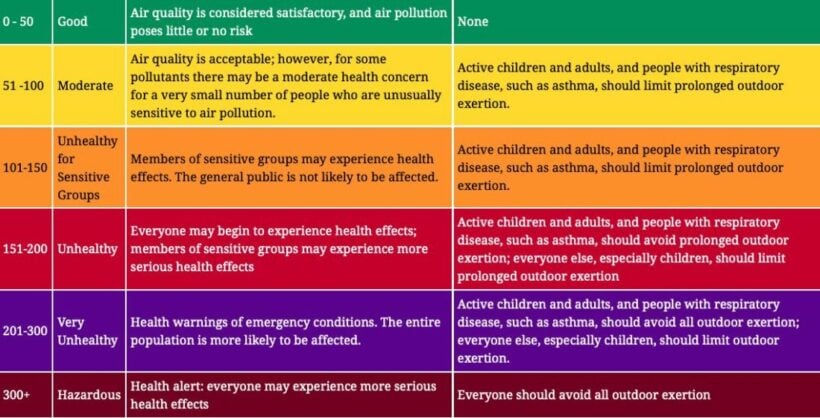