At least 40 people have been killed and more than 20 seriously injured after gunmen opened fire in two mosques in Christchurch around lunchtime today. New Zealand’s Prime Minister Jacinda Ardern described the incident as a terrorist attack saying the suspects held “extremist views” that have no place in New Zealand.

She confirmed that thirty people were killed when gunmen stormed the al Noor mosque on Deans Avenue, Christchurch. Ten more people died at the Linwood mosque on Linwood Avenue, including three who were found outside the building.

Both mosques are in Christchurch’s city centre. A total of 48 patients, including young children with gunshot wounds, were admitted to Christchurch hospital for treatment.

The NZ Police Commissioner Mike Bush says four people have been taken into custody, three men and a woman. At least one is believed to be an Australian citizen.

Police do not believe there are any other suspects.

Two IEDs (improvised explosive devices) were attached to vehicles as part of the attack. Bush these had now been “made safe”.

Police were still treating the incident as ongoing as the sun set on Christchurch this evening. Christchurch residents are being told to stay indoors and monitor the police website and social media.

“What has happened here is an extraordinary and unprecedented act of violence.”

Police said they have mobilised every national police resource to respond to the incident.

Authorities say they will discuss possible motivations or the causes of this incident at a later stage. However, in a Facebook post just before the attack, the account believed to belong to one of the attackers posted a link to an 87 page anti-Muslim manifesto that was filled with anti-immigration propaganda and explanations for an attack. Australian PM Scott Morrison said that at least one of the individuals taken into custody is an Australian born citizen. He called shooting as being at hands of a “extremist right wing, violent terrorist” at a press conference Friday.

It is the busiest day for many mosques when Muslims convene for Friday prayers around lunchtime.

A witness inside one of the mosques says the gunmen came from the backside of the building. Gunshots went on for a long time.

“We had to jump the wall to escape. I saw lots of broken glass and bricks on the backside of the mosque.”

“I came to the street I saw one person got shot on his chest.”

He says that ambulances and police then arrived on the scene. He said that he had a friend in another mosque in the area had told him a gunman had opened fire there as well and five people were already dead.

Another witness said he was driving by the scene and saw a man “with his 3 or 4 year old daughter” who had been shot in the back.

“He was screaming to get her to the hospital and the ambulance couldn’t come in until it was secured so I just got my truck and loaded up him, and his daughter, and this other guy had been shot in the leg, and took them to the hospital” 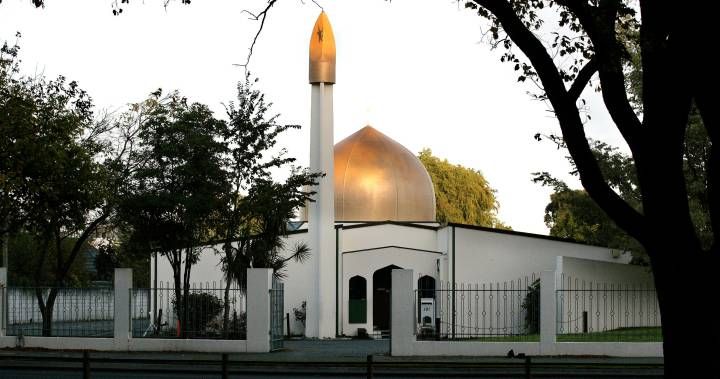