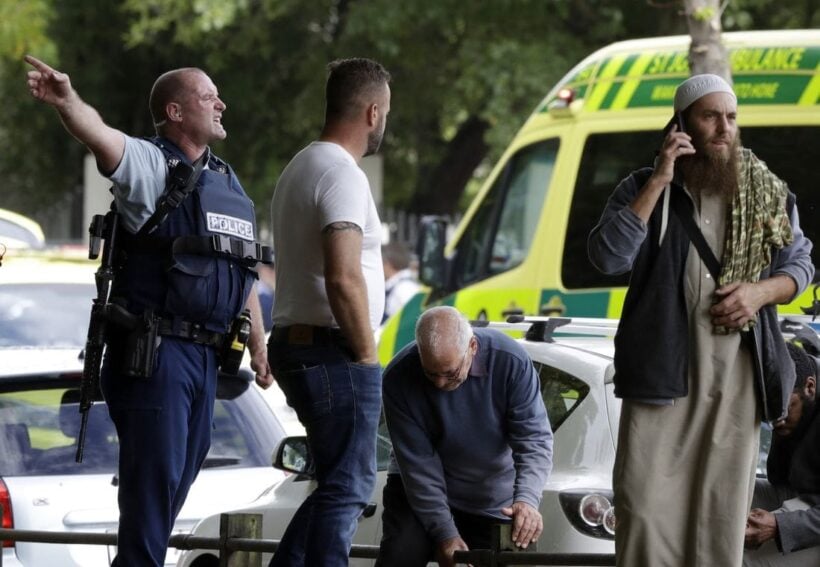 Forty people have now been confirmed dead with dozens more wounded after two mass shootings at mosques in New Zealand’s south island city of Christchurch. One of the attacks live-streamed on Facebook.

At least one gunman opened fire on Muslim worshippers at a mosque. The city centre was placed on lockdown following the massacre around lunchtime, NZ time. Officials also urged all mosques in the country to close as a precaution.

Police say they were aware of the sFacebook footage appearing to show a gunman live-streaming as he entered one of the mosques and opened fire.

The man who claimed responsibility for the shootings published a 74 page manifesto in which he explained who he was and his reasons for killing the innocent mosque worshippers. Officers also found improvised explosive devices in the area.

NZ PM Jacinda Ardern has now confirmed that 40 people were killed in today’s shooting. At least 20 people were injured.

At this stage, four people – three men and a woman – have been arrested and taken into custody, according to police. Some of them are suspected to be Australians.

The PM Ms Ardern was asked about the attackers not being on intelligence agency watch-lists and says it was an indication they “had not acted in a way that warranted it”.

She was asked if she had any information from Australia about whether they had been on watch-lists.

“My understanding at this stage is that they weren’t on watch-lists.”

Ms Ardern further alluded to anti-immigrant sentiment as the possible motive, saying that while many people affected by the shootings may be migrants or refugees… “they have chosen to make New Zealand their home, and it is their home. They are us. The person who has perpetuated this violence against us is not.” 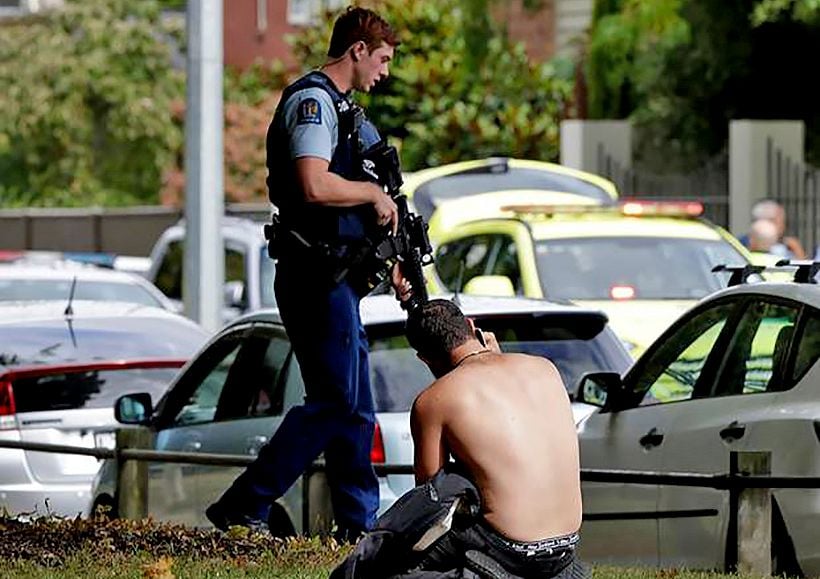