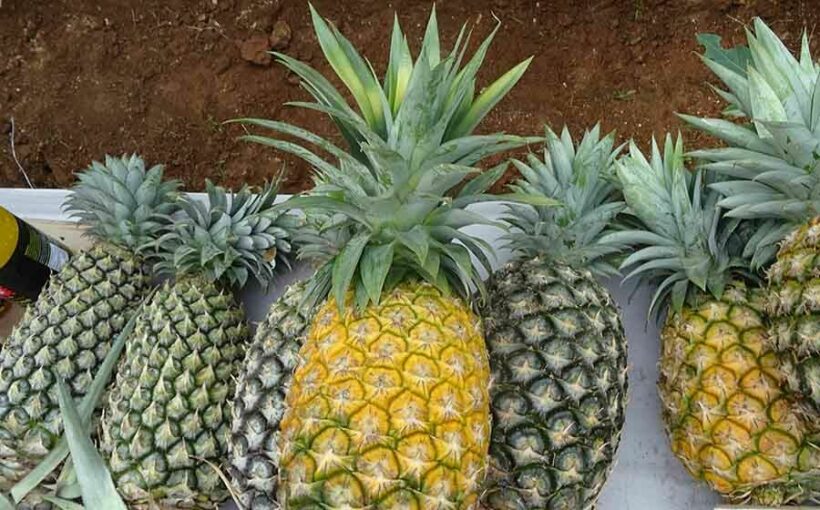 Officials in the western province of Prachuap Khiri Khan have reported 115 new Covid-19 infections at a pineapple factory. 402 workers are now in quarantine, with a dedicated isolation facility set up within the factory, while the 115 patients are receiving medical treatment. Deputy provincial governor, Kittipong Sukpakun, says the quarantine facility will be in use for 14 days.

According to a Thai Residents report, most of the workers at the factory are Burmese nationals. In addition, there are 53 Thai workers on monthly contracts. The 402 workers in quarantine are considered high-risk. 202 of them live on-site, while the other 200 live outside of the factory complex. The makeshift quarantine area within the factory is off-limits to nearly everyone, with 24/7 security in place.

It’s understood the factory is located in the sub-district of Hin Lek Fai and village chief, Panya Konyai, says more infections related to the factory cluster may emerge. Panya has voiced concerns that the infection may spread to nearby villages, with residents waiting for updates from officials. He says it’s important clear information is provided, to avoid causing fear among villagers. In the interim, he has asked people to remain at home at all times and to continue adhering to measures such as mask-wearing, frequent hand-washing and social distancing.

King Cotton
Today, 400 pineapple factory workers and 303 Transport Ministry staff (too much hugging probably) quarantined or Covid-infected. What will tomorrow bring . . . 500 peanut roasters and 404 Finance Ministry staff? There's bound to be someone trying to 'better'…

Andrew Reeve
I fail to understand why more testing is not carried out on large groups of people that work in close proximity in the work place. Very clear by the those figures that all the necessary sage guards are not in…