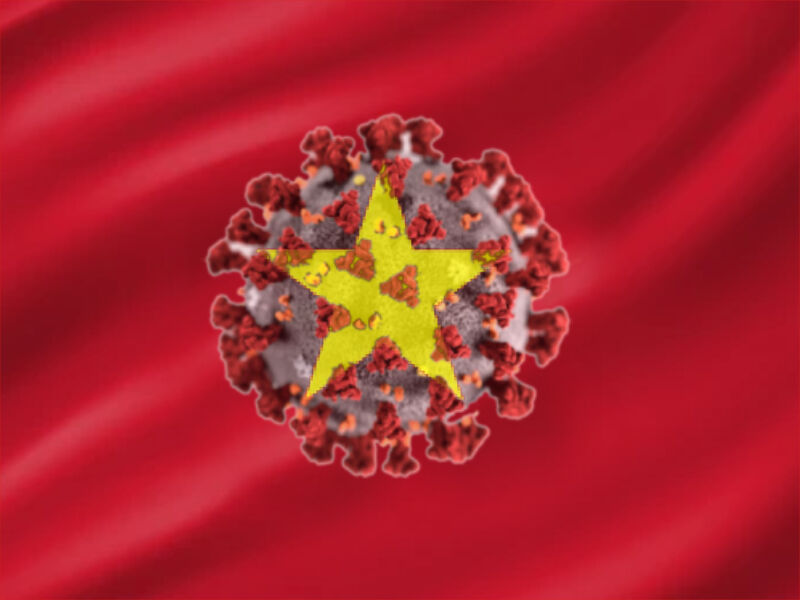 FILE PHOTO: Will the new hybrid Covid-19 strain be called the Vietnam variant?

A combination of the so-called Indian variant and UK variant of Covid-19 with rapid airborne transmission has been discovered in Vietnam. The country, like Thailand, locked down hard and early and largely avoided the Covid-19 pandemic in 2020, only to have a new outbreak bring exponentially worse infections and death in April. The discovery of this new strain is contributing to this severely rapid spread of new infections.

According to Vietnam’s Health Minister, the hybrid variant concentrates in throat fluid allowing it to spread very quickly. Vietnam has seen 7 Covid-19 variants previous to this one, and this hybrid will be announced the global genetic strains soon. Speculation exists on whether this unique hybrid of the 2 variants will end up branded with a geographical name, being dubbed the Vietnam variant, as the recent naming of a variant originating in Egypt but identified in Thailand has raised ire with government officials after being dubbed the Thai variant.

Vietnam had engaged in mass quarantine and thorough contact tracing during the beginnings of Covid-19, largely avoiding outbreaks. The government is now acting similarly, placing new restrictions on businesses and mobility. Tourist and religious destinations, along with eateries, salons, and massage parlours, have all been closed.

Also like Thailand, Vietnam has had a very slow vaccine roll-out, with only half a million fully vaccinated citizens. They currently have a stockpile of 2 million AstraZeneca vaccines but are procuring 30 million Pfizer vaccines, and are in talks to produce Russia’s Sputnik vaccine as well as developing their own domestic jab.

The Health Minister did not cite any specific numbers of how many infections in Vietnam were of this new hybrid variant. But the current Covid-19 outbreak has brought a much larger number of infections to the country. Vietnam has now had more than 6,700 Covid-19 infections and 47 fatalities. More than half of the country’s territories are currently experiencing outbreaks. Ho Chi Minh City and Hanoi have been affected as well as important industrial regions and other major cities throughout the country.