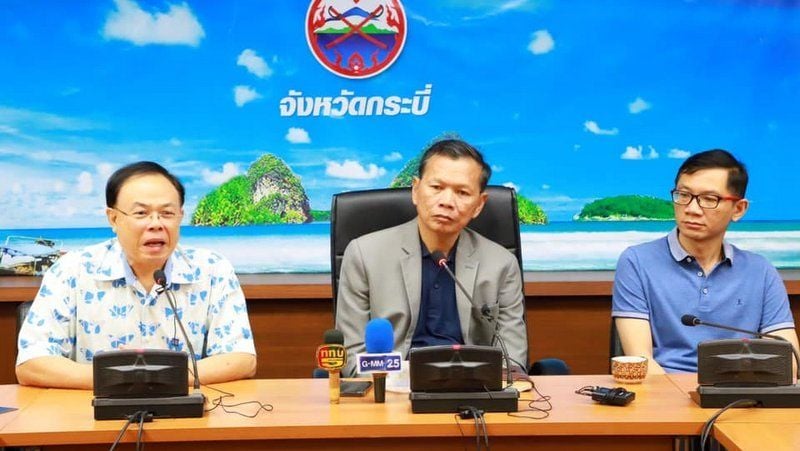 Days before PM Prayut Cha-ocha issued his ominous warning on spreading fake news about the Coronavirus outbreak, health officials of the Krabi Provincial Public Health Office (KPHO) refuted recent reports that 100 or more people are in isolation there on suspicion of being infected. The reports surfaced Saturday and appeared in several national news outlets, even including a “quote” from a doctor of the office claiming that 10 of the people were Thai.

“The reports are wrong. Only five people are under observation” according to the KPHO.

The news came at a press conference at Krabi Provincial Hall, also on Saturday, headed by Krabi’s vice governor , Krabi Hospital’s director and a KPHO representative.

The vice governor called the information “a misunderstanding.” A previous press conference by KPHO had explained that 100 rooms were being prepared in case the province needed to placed that many people in observation. But the director of Krabi hospital confirmed that there are no confirmed cases of the virus in the province .

“We have only five people who are under observation at different hospitals. These people do not have serious symptoms of the disease, and we keep them in special rooms.”

Officials confirmed that there are intensive screening procedures in place at Krabi International Airport and tourist attractions, performed under the guidance of hospital staff and doctors.

Meanwhile, the Krabi Hotel Association and the Krabi Tourism Association both report that tourists are still travelling to Krabi as usual, and that there have not been any urgent mass check-out from any hotels.