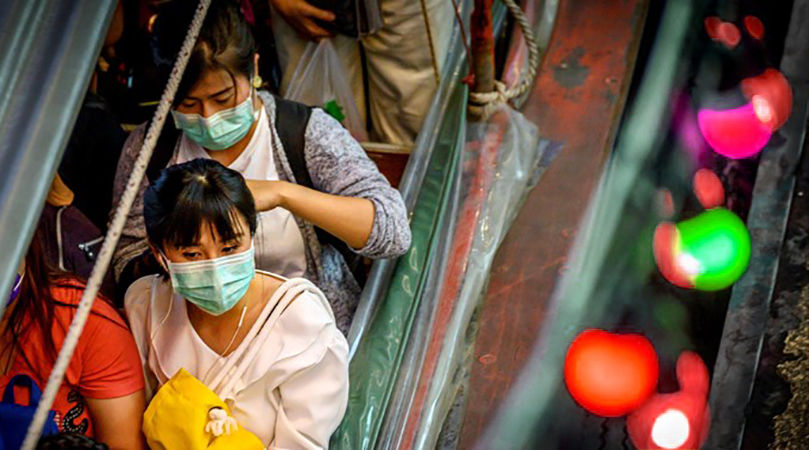 The latest toll for the Coronavirus outbreak has now reached 25,552, of which just over 3,000 are reported to be in a critical condition. 492 people have died from the disease and 907 have recovered.

Outside of China there are now 25 countries with infected patients – Thailand, Japan, Singapore, South Korea, Australia and Germany with the most cases.

Meanwhile, the World Health Organisation says there is a “window of opportunity” to stop the new coronavirus becoming a broader global pandemic. The WHO’s director-general Tedros Adhanom Ghebreyesus says “the steps China took to fight the virus at its epicentre were a good way of stopping its spread”. The praise followed a week of critical Chinese social media panning Chinese officials for their initial handling of the outbreak.

• Health authorities in Hubei province says that 65 people died of the coronavirus in the province yesterday, raising the provincial death toll since the beginning of the outbreak to 479 people, the vast majority of the 492 people who have succumbed to the virus.

Authorities confirmed an additional 3,156 cases of the virus in Hubei, the province at the epicentre of the coronavirus outbreak. 50 million people live in the province, of which 16,678 are now confirmed with the virus. 12,627 patients are currently hospitalised, including 771 who are reported to be in critical condition.

• Thailand’s Ministry of Public Health has confirmed six additional cases of coronavirus, bringing the total number of Thai cases up to 25. The six cases include two Chinese tourists, two Thai taxi drivers )who had reportedly been in proximity of Chinese tourists) and a Thai couple that have recently returned from Japan. 373 patients are currently quarantined in hospitals around Thailand “monitoring signs of the virus. 43 were taken from the airport after screening checks.

• A 42 year old South Korean woman tested positive for coronavirus after visiting Thailand. She is the 16th patient to be infected in South Korea. The woman, identified as “Patient 16”, returned to South Korea on January 19 after a trip in Thailand. She was admitted on January 25 after developing “chills and other symptoms”, the information from the Korea Centre for Disease Control and Prevention .

• Following up on the cruise ship story from yesterday, the Diamond Princess moored in Yokohama Bay, ten people have been confirmed as having the coronavirus. The 10 cases were from tests of 31 people. More than 100 other samples are still awaiting test results. The passengers and crew remain on the ship, a total of around 3,700 people.

• In British Columbia, Canada, there is now a second confirmed case of coronavirus, which brings the total number of cases in Canada to five. The woman in her 50s had contact with family visitors from Wuhan. The patient, and the visitors, are in isolation at her home. Canadian health authorities say that this could be significant, as it appears to confirm a human-to-human transmission in Canada for the first time.

• The Hong Kong Centre for Health Protection has confirmed one additional coronavirus case, bringing its total to 18. The latest case involves a 25 year old male, so far the youngest case in Hong Kong. The man is now in a “stable condition”. His wife currently shows no symptoms and has been sent to a quarantine centre.

• The UK and French governments are telling their citizens in China to leave the country if they can. The British Foreign Office says it will charter another special flight this Sunday.

• Taiwanese health officials say that, from this Friday, they will deny entry to all foreign nationals who had been to mainland China in the past 14 days.

• Macau, a special administrative region of China and a major Asian gambling hub, has announced that it would temporarily close down all its casinos.