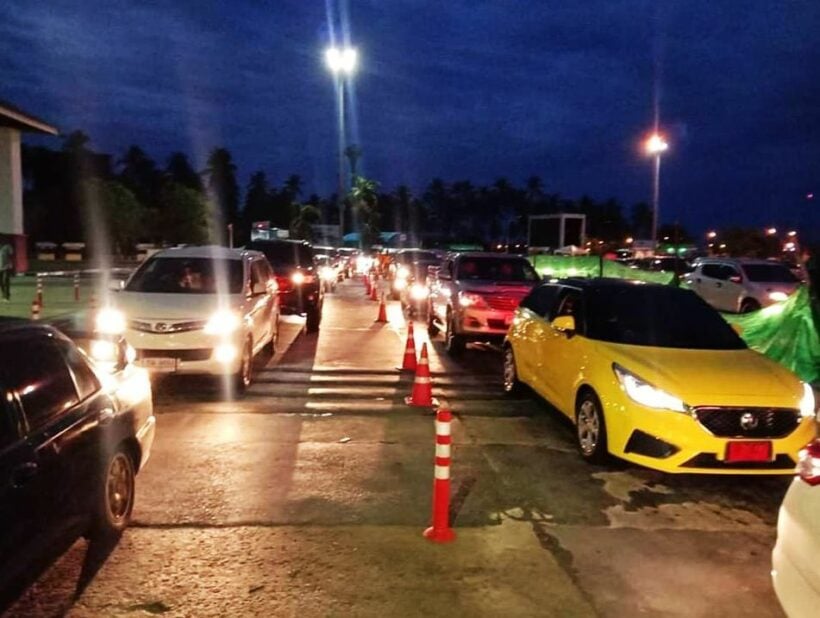 As thousands of non-residents left Phuket over the weekend, one of the neighbouring officials was quick to air his feelings about Phuket departees entering his province. The deputy governor of Krabi province, Somkuan Khan-ngern, claimed that “they had spread coronavirus to his province”.

The deputy governor had also reportedly refused to allow people from Phuket to enter Krabi.

The Phuket provincial administration has been allowing thousands of migrant workers and non-resident Thais to return to leave the island their home provinces. They had been stranded in Phuket, mostly without work, after the Phuket governor sealed off the land, sea and air borders of the island in early April. Some 40,000+ people have already registered, approximately 10% of the island’s population.

Those who want to leave are being told to apply for a “Fit to Travel” permits from the provincial administration, which then have to shown to officials at the Tha Chatchai checkpoint on departure, checkpoints along the way, and their destinations.

Since Phuket has the second highest total number of infections, after Bangkok, people leaving the island are subject to 14 day quarantine when they arrive at their destination.

“Arrivals from Phuket have been screened for virus” – Interior Ministry