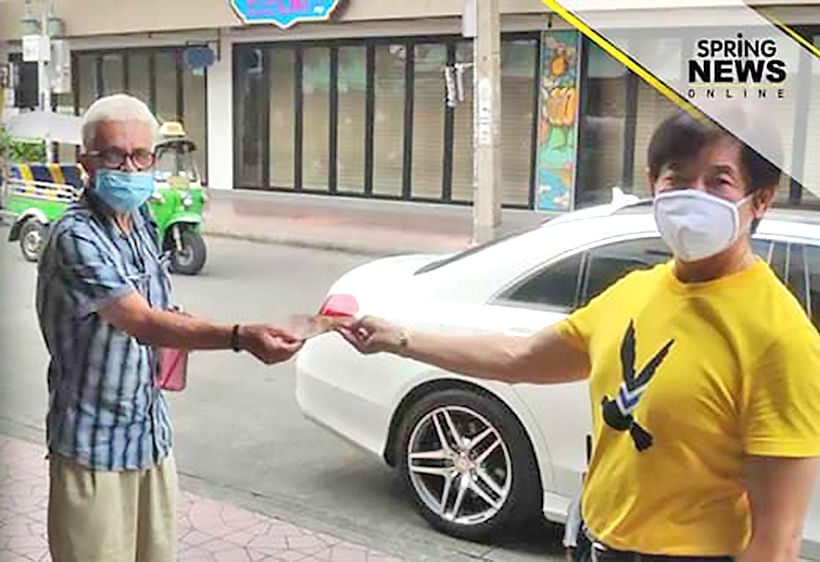 A German pensioner, stranded by the Covid-19 crisis and a lack of outbound flights, broke and hungry in Bangkok’s Khao San Road area, has become the latest beneficiary of a well known Thai philanthropist.

The story appeared on the Facebook page of the charity clinic in Bangkok’s Banglampho, Bangkok, run by the tycoon. The page advertises that the clinic will treat you for one baht.

Surat said he went to Khao San Road where a “foreign guy” approached him saying that he recognised his clinic because he had been there. He showed him a bag bearing the cut-price clinic’s logo. The pensioner said he had gone to the German embassy for help but found it shuttered. He said he only had a few baht to buy something to eat and produced 20 baht as proof.

Asked where he was staying and when he thought he’d get back to Europe the German said that he was in a guest house and was supposed to fly out on Monday, but there are no planes.

Surat was moved to reach into his own pocket and give the beleaguered tourist 1,000 baht, along with a cheery invitation to lunch at his soup kitchen on Sunday.