Thai citizens throughout the Kingdom have been struggling to earn enough money to survive as the government continues to enforce new measures of the state of emergency to reduce Covid-19 infections. Here are some opinions of local Thai citizens collected by the Bangkok Post.

• Kanchanaburi province (west coast of Thailand) was a popular tourist attraction where people who wanted to see Thailand’s historical events, but many of those who depended on tourism are now struggling. The historical Burma Railway bridge over the Kwai Yai River in Kanchanaburi has now been silent after tourists and vendors chose to stay home.

• Lottery vendors are currently earning as little as 80 baht per day despite attempting to sell tickets in areas that used to attract visitors. The Government Lottery Office has also postponed its April 1 draw to May 16, making it even harder for local lottery vendors trying to make ends meet. A source reports that lottery vendors used to earn at least 1,000 baht each day.

• Being aware of the current situation, some citizens have organised themselves to help people most affected by distributing meals for free. One group who calls itself ‘Muang Kan Volunteers’ has been providing 500 meal packages per day and including masks and hand sanitiser for those who can not afford to feed themselves at the moment. 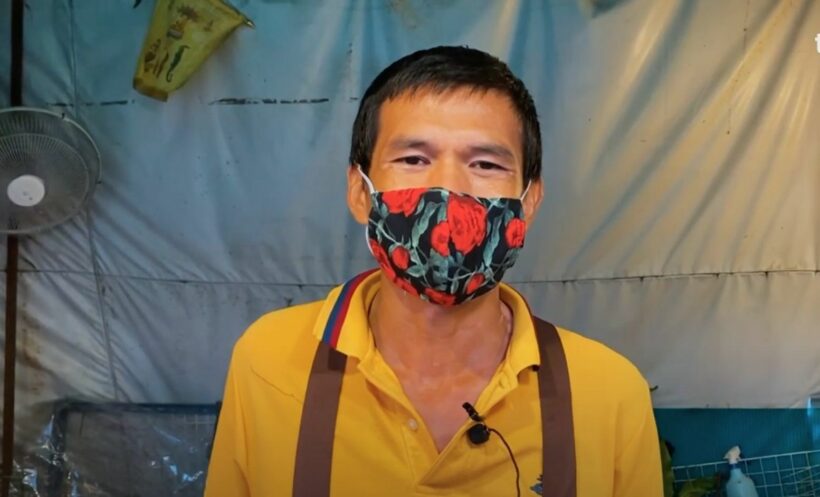 • In Chai Nat (north of Bangkok), Suparat Nilrasamee, a trader who used to sell somtam (papaya salad) in Hankha district, was disappointed she did not qualify for the government’s 5,000-baht payouts due to miscommunication during the application process. Ms Suparat said her somtam business has been passed down through generations, but the government classified her as an agriculture agent. She says she is disappointed the government can disburse money to those who dismiss the aid as “small change”, while those who need to buy milk powder for infants were rejected.

• CCTV footage showed a young couple and their child riding a motorbike and snatching six eggs worth 57 baht while the stall owner was not looking. Komsan Rasrima (owner of the stall), then put up a sign asking the couple to stop stealing and ask him for the eggs instead, which he was happy to give away.

• In Trat (boarding Cambodia), farmers are reporting a huge fall in rambutan prices. Pornladda Niangnim, a rambutan farmer, says she has had to also deal with wild elephants damaging her crops. She says the price of rambutans has dropped to only 20 baht per kilogram, forcing her to take on debt to save her business.

Phone booths get new lease on life as ‘Covid boxes’