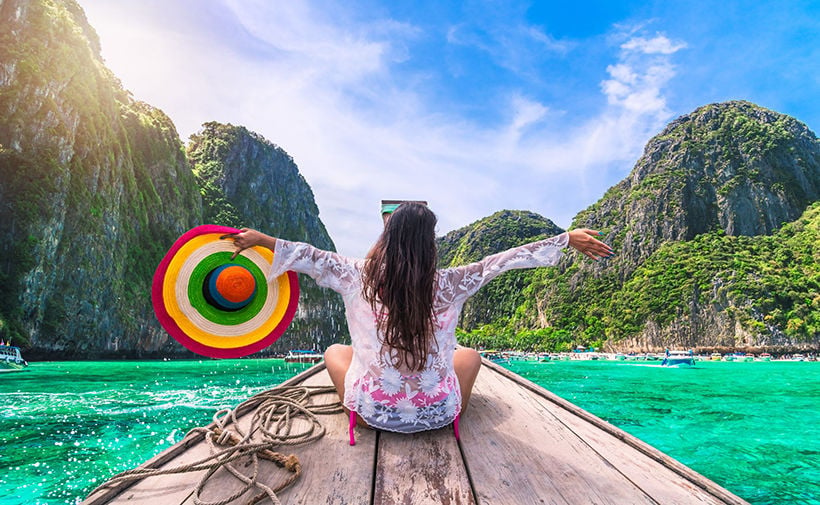 Reports from the UN’s International Labour Organisation, in collaboration with the University of the Thai Chamber of Commerce, have already made stark predictions about the problems that lay ahead for the Thai government, and the people working in the immediate and peripheral parts of the tourism industry.

Up to 6 million people are expected to lose their jobs in the tourism sector alone as a result of the coronavirus pandemic, that’s in a country with a total population around 66 million. Tourism is a critical industry for the Thai economy that accounts for between 15-18% of the country’s GDP in direct income, and up to 21% when you include all the other businesses that rely on the flow of tourists.

Locations like Phuket and Pattaya, which are almost entirely tourist-dollar driven, will be particularly hard hit without any other local industries to keep the economic wheels turning.

The Covid-19 crisis has come out of nowhere and completely short-circuited the demand and supply parts of the entire tourism economy.

“The magnitude of the current socio-economic shocks that come from the health and economic effects tied to the current Covid-19 pandemic are, however, unprecedented in recent history.”

At the core of the report, and Thailand’s tourism woes going forward, is the total collapse of inbound tourism. International tourist arrivals in January and February dropped to 5.9 million, compared with 7.3 million in the same months last year. The ban on international flights didn’t start until April 4.

The University of the Thai Chamber of Commerce now estimates that up to 6 million people employed in the tourism sector will end up unemployed, if Thailand lost about 30 million tourists – that’s the current projection.

“The number of unemployed people could even rise to 10 million if the pandemic does not subside by the end of June.”

The report also warns that the tourism sector would not survive the pandemic’s repercussions without assistance from the government.

Over the past decade the tourist hotspots have been playing catch up to provide infrastructure and rooms to cater for the continual surge of more and more international tourists. The rise in tourist numbers has doubled in a decade, and that was more than double when compared to the decade before that.

But now half-completed hotels and condos are likely to remain unfinished and the rest of the country’s accommodation offerings will be battling for slim pickings for at least the rest of this year and probably well into 2021.

The country’s MICE industry (meetings, incentives, conventions and exhibitions), already battling with the high Thai baht and uncompetitive meetings and convention landscape, will likely be almost non-existent well into next year. On a side note, the meetings industry worldwide has suddenly found a workable online solution that will probably remain a new normal in the industry and allow people to meet and compare professional notes without the bothersome flights, hotel rooms and drinks bills.

In response, the Thai government is already offering up to 100 billion baht in soft loans for tourism operators, who can also request for debt suspensions and interest rate reductions. But those debts will need to be paid off at some stage, a tough ask when the income opportunities are going to be so limited in the short to medium term.

There is no doubt going to be a huge pent up demand to travel again when borders start to open up around the world but governments will be tentative to allow fresh faces through their gates after the travel and tourism industry worldwide basically provided the Covid-19 virus with the opportunity to spread as quickly as it did.

Will insurance companies provide insurance for passengers to travel again? If the Thai government does allow a return of tourists, will then be required to go into a quarantine period? Will people have the discretionary income to travel when the world is mired in an economic recession? Will the world’s hard-hit aviation industry be able to recover quickly and re-open up routes? And how much will those airline tickets be, particularly if there remains health requirements for social distancing on planes?

So many questions lay ahead for an industry that provides 20% of the country’s earnings.