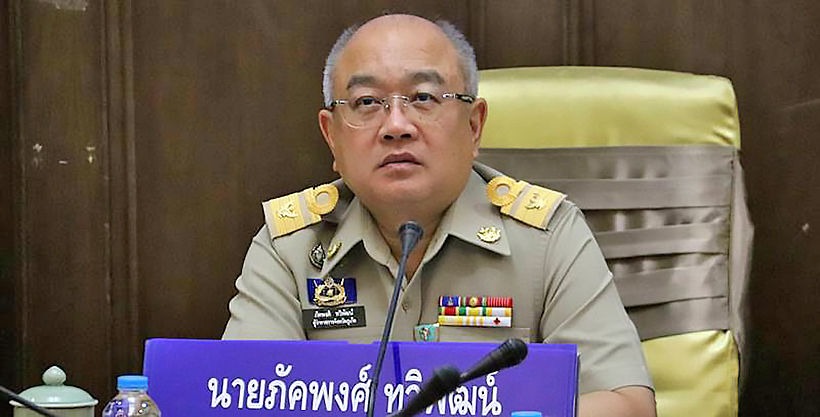 Phuket’s outgoing governor Pakkapong Tawipat recently extended emergency measures in the southern province until April 30, including severe travel restrictions on the island. Now there is speculation the incoming governor, Narong Namsouw, currently the governor of the northeastern Chaiyaphum province, will extend them, though there has been no confirmation of this.

Governor Pakkapong says the provincial government is seeking opinions from all quarters about the possibility of reopening some of the island’s 17 tambons, or subdistricts, once they are free of new Covid-19 cases for 14 days.

Phuket has the highest rate of Covid-19 cases per capita in Thailand, and the highest number outside of Bangkok (197 as of today), but numbers have dropped dramatically, with only 5 new cases reported in the last week, and the recovery rate is high at well over 65%. Currently, medical and public health concerns remain in the Patong and Bang Tao subdistricts, where infections remain highest.

Pakkapong announced yesterday that he has assigned the Prince of Songkla University to collect opinions from all sectors of society, hinting that areas with no new cases for two weeks, of which there are many, could have Tambon restrictions lifted.

Phuket provincial public health chief Thanit Sermkaew says easing measures to prevent the spread of the virus can only happen if no infected persons are found in a subdistrict for 14 days.

“That seems like a safe time, but if we’re to be really safe and confident, 28 days would be better under the ‘new lifestyle’ that’s being enforced during the outbreak.”

“You can see that in all 17 tambons in Phuket, there are some tambons that have reported no infections for 14 days. 8 tambons are still in a “red condition” and need to be monitored. Currently, there are still infected people in Patong and Bang Tao. We have to start counting from the day a case is found for another 14 days. In other tambons I think it’s possible to unlock the areas by the end of April since no infection has been found for more than 14 days.”