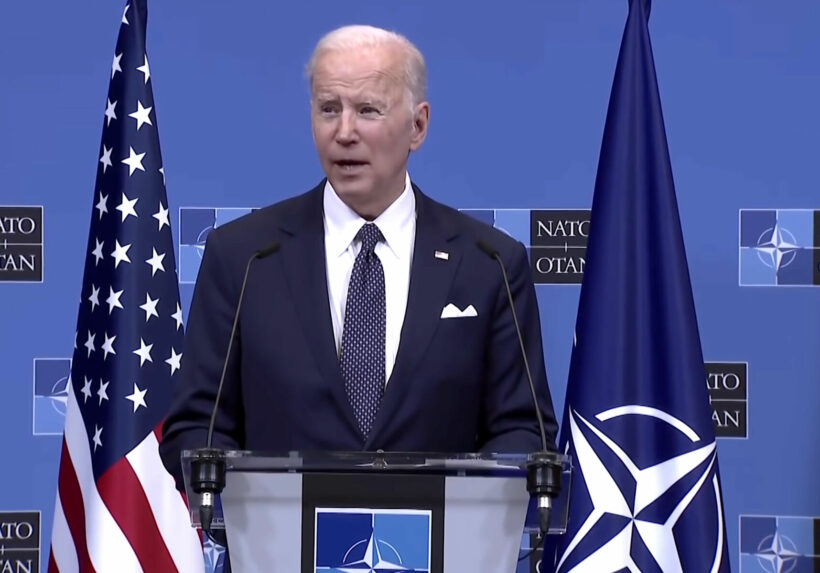 Not content with provoking Russia by having NATO troops camped all along the Ukraine borders, US President Joe Biden is threatening to do the same with China.

Biden today threatened military action if China were to invade Taiwan, despite having few recently public-stated comments from Beijing to support his comments.

The 79 year old says the burden to protect Taiwan is “even stronger” after Russia’s invasion of Ukraine.

Speaking at a news conference in Tokyo alongside Japanese PM Fumio Kishida, Biden doubled down.

“That’s the commitment we made.”

He says an effort by China to use force against Taiwan would “just not be appropriate,” saying it “will dislocate the entire region and be another action similar to what happened in Ukraine.”

Under the “One China” policy, the US recognises Beijing as the government of China and doesn’t have diplomatic relations with Taiwan. However, it maintains unofficial contacts with Taiwan, including a de facto embassy in Taipei, the capital, and supplies military equipment for the island’s defense.

Biden said it is his “expectation” that China would not try to seize Taiwan by force, but he added that deterring the mainland from attacking Taiwan was one reason why it’s important that Russian President Vladimir Putin “pay a dear price for his barbarism in Ukraine,” lest China and other nations get the idea that such action is acceptable.

It’s not the first time Biden has pledged to defend Taiwan against a Chinese attack. In a CNN town hall in October, Biden was asked about using the US military to defend Taiwan and replied, “Yes, we have a commitment to do that.”

Since then, there have been a number of negotiations between China and the US regarding the status of Taiwan, with visits to the mainland from former US presidents Richard Nixon, Bill Clinton and Barack Obama, who all publicly recognised Taiwan as part of the mainland.

Travelling to Thailand? Here are the latest vaccine guidelines.

Suitcases packed as Thais get ready for domestic travel